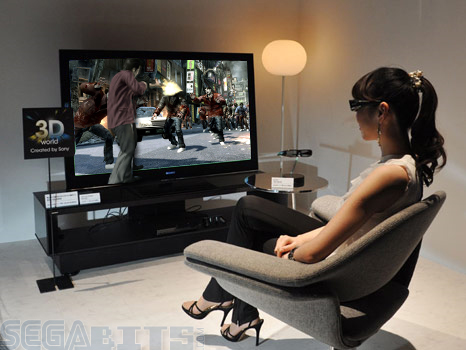 Toshihiro Nagoshi was in Nintendo World this weekend to promote the upcoming Super Monkey Ball 3DS; if you didn’t know, Nagoshi is also the director for the Yakuza series.
He updated his blog while he was there, and this lead to readers posting about a Yakuza 3D title, and if there will ever be one. According to Nagoshi, the team has already worked with 3D for a Yakuza title. He teases us, “Yakuza 3D was amazing.”

Most of his blog post was about 3D technology and why it’s difficult to use. He explained that making the image come out in 3D is not hard, but since 3D has to use an image twice, you lose some visual quality. He said that they had to choose between using the full power of the game or degrading it to half for the 3D effect. Why not have optional 3D like all 3D PS3 titles?