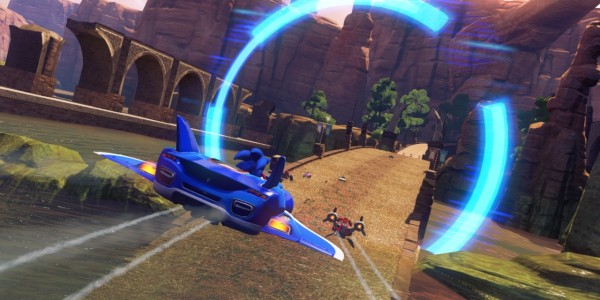 Eurogamer has shared some details straight from developer Sumo Digital on the Wii U version of Sonic and All-Stars Racing Transformed.

The Wii U GamePad screen will double as a rear-view mirror as well as a weapon’s eye view; once fired, you’ll be able to use the screen to guide homing rockets to their targets. This comes with a risk, of course, as racers doing this will be taking their eyes off the main screen. In addition, the game will also support Remote Play.

The Wii U, which Sumo Digital claimes is at least on par graphically with the PS3, will launch later this year, probably at around the same time as Sonic and All-Stars Racing Transformed, which releases in November.

Volgarr the Viking gets a Dreamcast port
Sonic and All-Stars Racing: Transformed Wii U