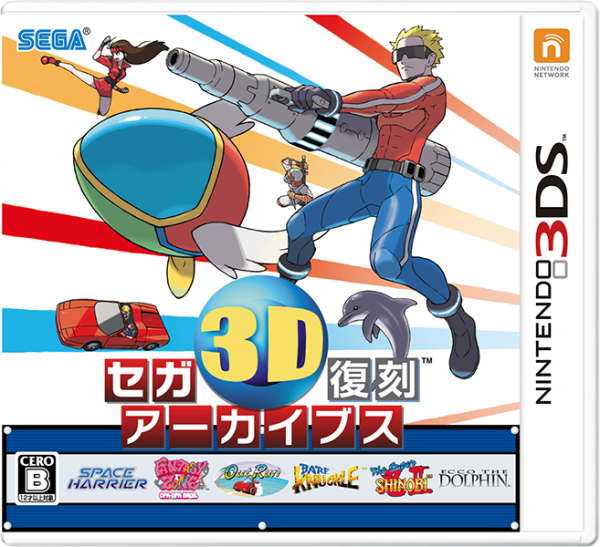 The retail release of the SEGA 3D Classics Line we reported on the other day has now been officially announced by Famitsu!

As if that wasn’t cool enough, the boxart has been released – and it features artwork by legendary Pokemon artist Ken Sugimori! This is a surprise on one hand, but on the other hand Ken is quite a bit of SEGA fan, what with having an amazing Dreamcast case for his 3DS, and his Twitter handle being @Super_32X, the Japanese name of the SEGA 32X, amongst other things. Anywho; Space Harrier’s never looked quite so good!

Overall, this looks to be an excellent package, and one that, unlikely as it is, I’m personally hoping makes it to the West.

The archives page on the official SEGA Japan site can be found here.