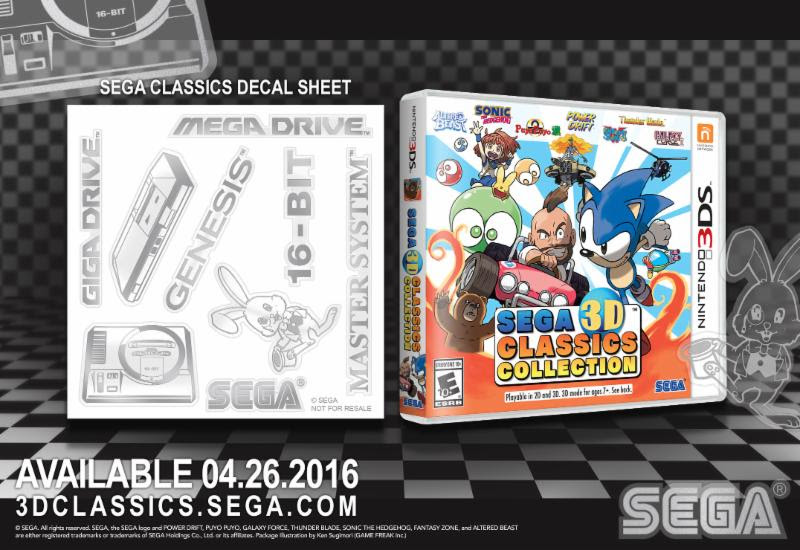 When SEGA of America announced the SEGA 3D Classics Collection for the Nintendo 3DS, we lamented that it didn’t include a cool pack-in like a poster. While it’s not a poster, today SEGA has announced that every physical launch edition of the game will include a sweet silver decal sticker sheet featuring classic SEGA logos and images to use to decorate your 3DS (or anything else). Knowing my collector’s mentality, I’ll never use the stickers and just stare longingly at them.

After the break, read SEGA’s full breakdown of the decals and don’t forget to pre-order SEGA 3D Classics Collection which releases in stores and digitally exclusively in the Americas for $29.99/CA$44.99 on April 26, 2016.