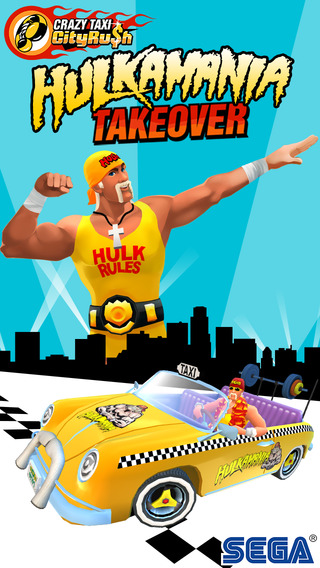 I was driving down Venice beach on my way to Gold’s Gym. Sayin’ my prayers and eatin’ my vitamins, when a pregnant Hulkamaniac dove into the back seat of my convertible! She screamed “Shigster! I’m about to have a little Hulkamaniac and I need to get to the hospital as fast as possible!” I knew what needed to be done. I grabbed the wheel with my 24 inch pythons and drove like a mad man! I drifted up steep inclines and weaved in and out of traffic. Oh sure, I hit a few pedestrians but they were probably Piper fans anyway! 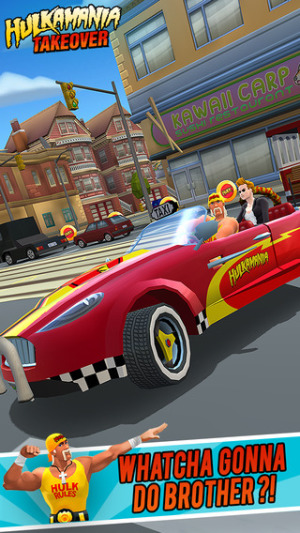 That’s when it dawned on me brother! In between sayin’ my prayers and eatin’ my vitamins I was playing a fun, little game on my iPad called “Crazy Taxi: City Rush” and to quote the Road Warriors, Oooooh what a rush it is brother! So I thought to myself, “Shigster, you’re livin’ the game right now dude! Why don’t I talk to those Hulkamaniacs over at Sega about putting the immortal Hulk Hogan into the game as DLC?!*

The power of Hulkamania was just too much for them to resist, so that’s just what they did brother! Now, in Crazy Taxi City Rush: Hulkamania Takeover,  you can Hulk out your ride and even hire the immortal one to drive your Hulkamaniac-errrr passengers around!

So watchya gonna doooo when Hulkamania runs wild over you…….with a car?!!

* = I never talked to Sega about that myself obviously.