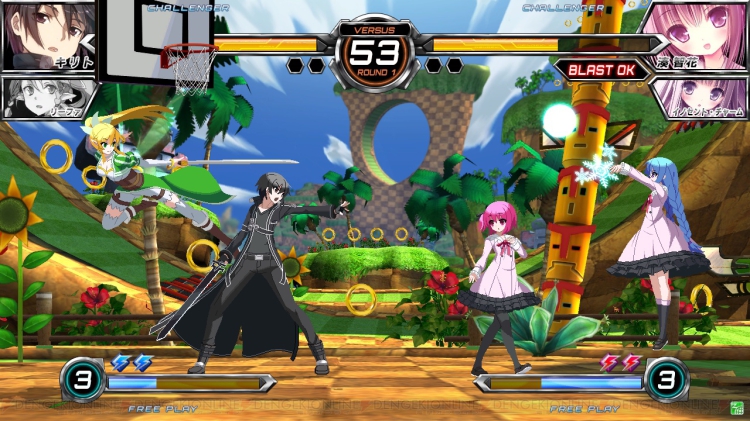 Get ready for a dream duel of epic proportions in Dengeki Bunko: Fighting Climax, a 2D fighting game featuring an all-star cast of popular characters from Dengeki Bunko novels set against Sega-themed worlds. Developed by Ecole and French Bread, this mash up features a fighting system that is both easily understood yet complex in depth catering to veterans and newcomers alike.