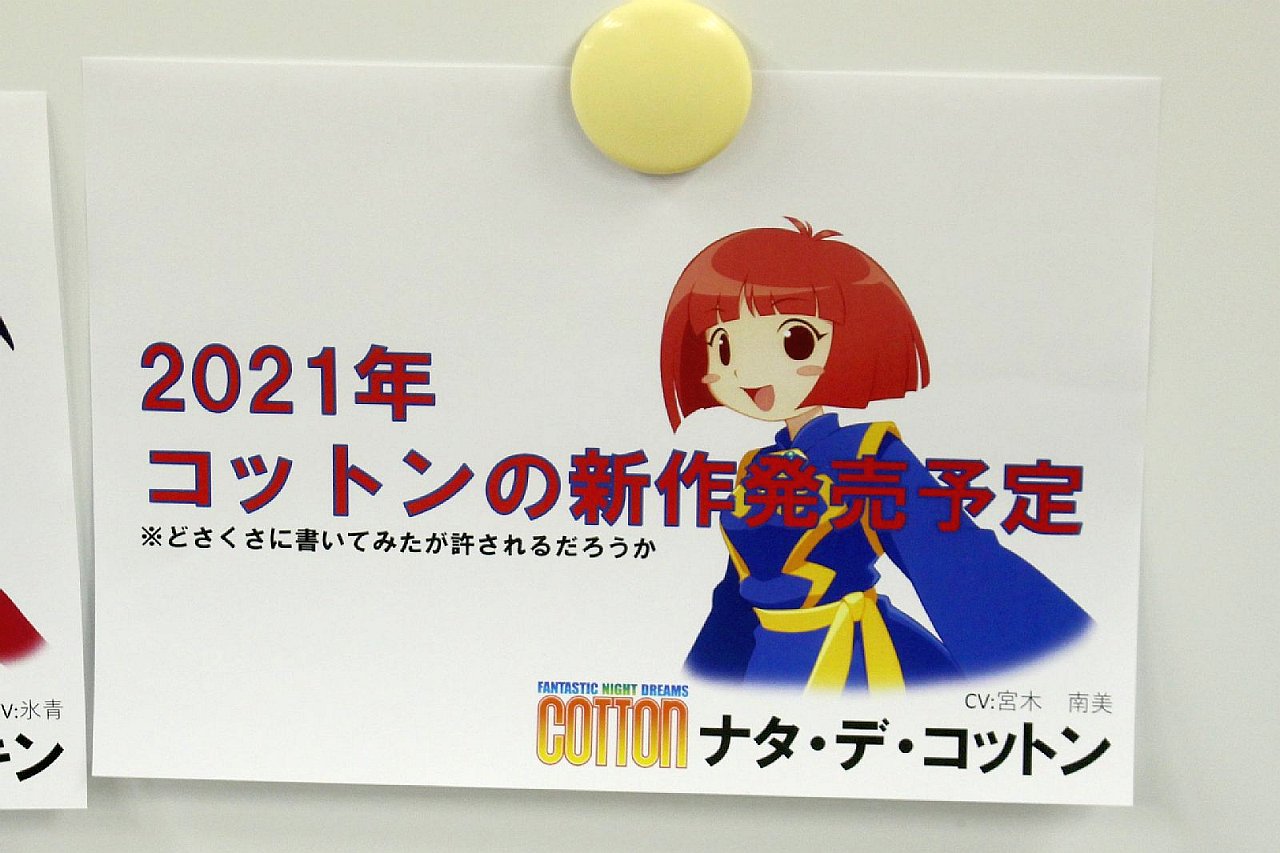 The Cotton series has been getting a decent amount of love, such as the recently announced game Cotton Reboot! and Cotton herself making guest appearances in games such as Umihara Kawase Fresh! and the upcoming platformer-fighting game Umihara Kawase BaZooKa!

However, in a recent user experience event where people had the opportunity to play a demo of Umihara Kawase BaZooKa!, it was announced that a new Cotton game will be coming out in 2021. Not much information has been revealed about what the game is, but it is confirmed to be unrelated to the game Cotton Reboot!, which is still scheduled to be released in summer 2020 for PlayStation 4, Nintendo Switch, and PC.