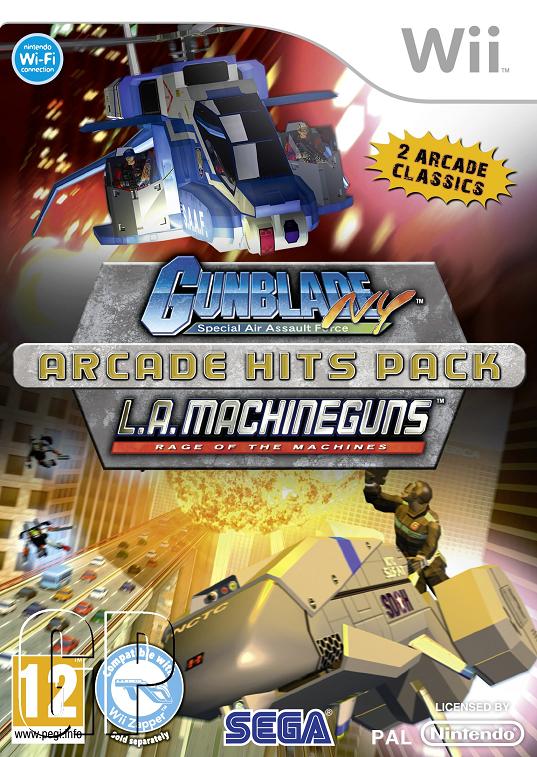 What box art do you fancy more? The American or the European? 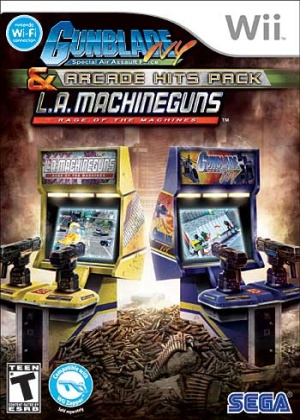 Here is the American box art for SEGA’s compilation of Gunblade NY/LA Machine Guns for the Nintendo Wii. I guess it gets the job done, even has bullets all over the cover, you know what you are in for.

The box art also says it will support Nintendo’s Wifi. I assume its for  online leaderboards. That should be fun.