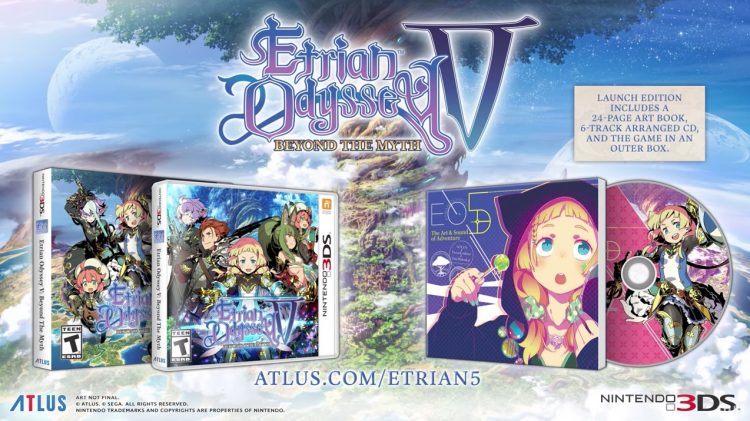 If you have been waiting for Etrian Odyssey V: Beyond the Myth for the Nintendo 3DS, it seems you can now play the demo since it has hit the Nintendo eShop.

The Etrian Odyssey V: Beyond the Myth demo will let you create a party with every character and class available. The only limit imposed in the demo, compared to the full version is that it only lets you reach level 10 and explore until the third floor in the tree dungeon. But if you like Etrian Oydssey V: Beyond the Myth demo and you buy the full game, your demo data will transfer over to the full release. Pretty cool and worth giving the franchise a try, if you haven’t already.

Etrian Odyssey V Beyond the Myth will also have a launch edition as shown above that will come with a 24-page art book, six track music CD and an outer box. SEGA fans might also like to know that Etrian Odyssey franchise features music by Yuzo Koshiro (Streets of Rage, Revenge of Shinobi), which to me is a huge selling point. Etrian Odyssey V: Beyond the Myth comes out in North America on October 17, 2017 only on Nintendo 3DS.

SEGA’s remake of the original classic that kicked off the popular Yakuza franchise, titled Yakuza Kiwami, releases today in the Americas and Europe for the PlayStation 4! To celebrate, SEGA has released a special launch trailer which can be seen above. As mentioned in the SEGAbits review, Yakuza Kiwami improves on the original game in almost all aspects and features additional plot points, includes the option to save anywhere and is the first time the game can be heard in Japanese outside of Japan.

If you still have not ordered the game, the special Yakuza Kiwami steelbook edition is available to purchase for a cool $29.88.

Have you picked the game up yet? If so, tell us what you think of it in the comments below or over on our Discord server or message board. 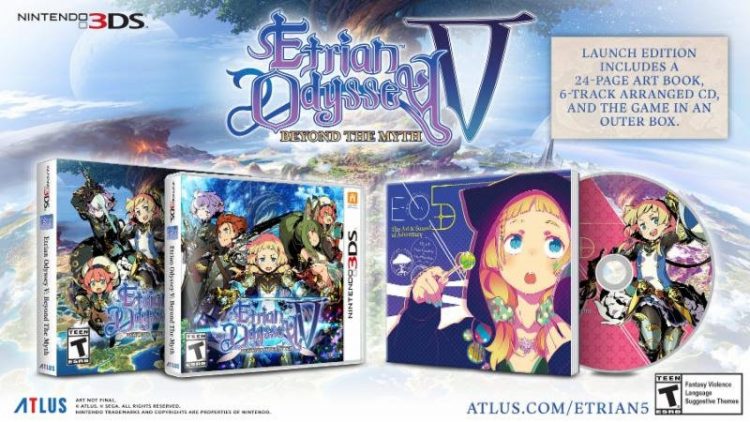