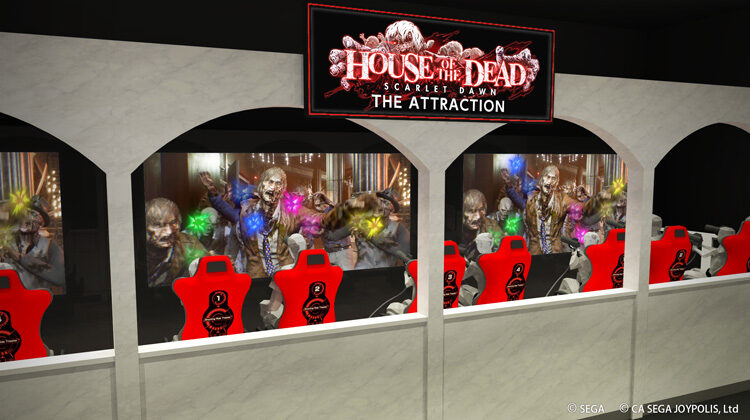 The attraction will replace The House of the Dead 4 Special, an updated version and side story to the fourth game, which stopped its operation recently this month and will feature a shooting ride theater type attraction with the capacity of 12 players (4 players each on 3 screens). The objective of the attraction is to work together as a team by shooting down incoming creatures and bosses in a building while obtaining the highest ranked score.

I hope we hear more news on the attraction regarding the story because I would love to see some returning AMS Agents make a comeback. Hit the jump for screen images of the attraction after the break.