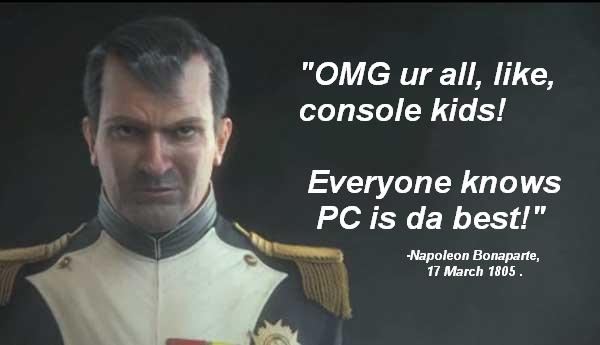 “The PC market is third in terms of its year-on-year performance with a decline of 26 per cent, but this doesn’t really reflect the full picture,” said Clark.

“The PC digital download business is now a viable sector but somewhat invisible as it’s not yet covered by Chart-Track. The PC market overall is actually performing much better than is currently reported and remains a vital and strong sector to be involved in.”
Sega was the second biggest UK PC publisher in 2009, with 12 per cent share of the market.

“Napoleon: Total War, Football Manager 2010 and Aliens vs Predator are three different styles of game from three different genres. They can all drive a strong, community fan base with the ability to consistently deliver endless hours of gameplay. Incidentally, they are all developed in the UK.

“For 2009, Sega was ranked the second biggest PC publisher in the market. In 2010 year-to-date, we are once again ranked second. Long may it continue.”