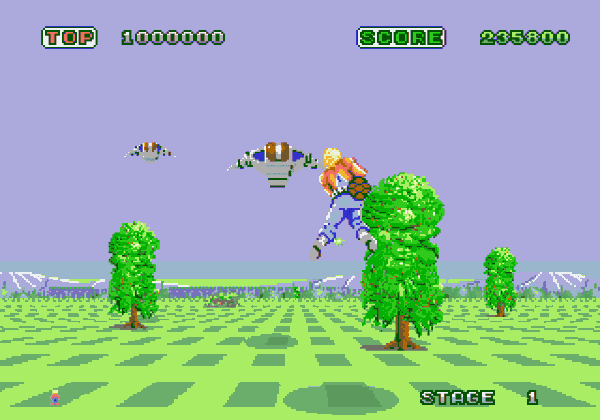 Nick Hutt from Sutton, UK has taken back the high score for Space Harrier and has been verified by Twin Galaxies website. Really, I did not know the place existed, but then again I never tried to beat high scores myself. Score was submitted by Mr. Hutt on April 30th.

What was his score? 39,495,060. That is  quite a bit and enough to put him on the top once again. His top score was taken down last year by another UK gamer called Philip Campbell with 38,530,220. This puts him in second place.

Apprantly UK gamers have held the high score for Space Harrier since August 1985, when Matthew Preece set the record and his score (31,900,730) lasted all the way till 2005, when Hutt topped it.