Just let those three names roll around in your head for a bit. They’re all really great characters aren’t they? Now imagine them all combined into one person, cell shaded and then put into a video game.

Now go change your underpants and come back to read about Jet Set Radio’s Captain Onishima. 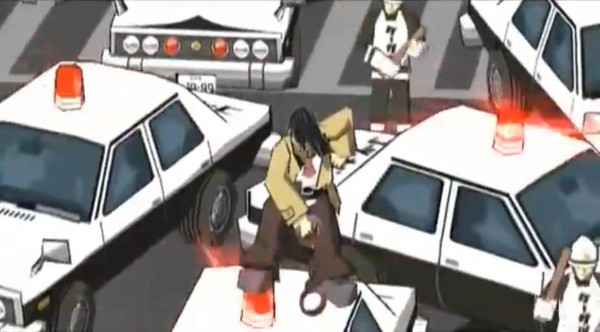 I doubt that anyone reading this article wouldn’t know what Jet Set Radio is, so most will know that the game is based on ‘Tagging’ the city of Tokyo-to with your graffiti. As you may expect, the police don’t take too kindly to that kind of behaviour and you’ll need to dodge the police left and right to take over the city with your funky art.

His looks are classic police inspector from his Five O’clock shadow to the trench-coat; Onishima is old-school cop. The real kicker is his side-arm, shades of Clint Eastwood with the ridiculously powerful revolver always at hand. 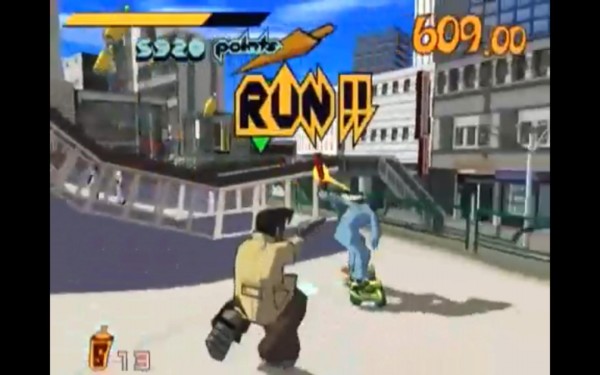 The difference between those cops and Onishima though, Onishima isn’t doing this solely for the good of the city. The police force is in bed with the Rokkaku Corporation, a massive organised crime outfit that essentially runs the city, and apparently hates their city being tagged by no-good punks.

Luckily for Rokkaku, Captain Onishima hates graffiti gangs. A lot. In your first encounter he’ll be forgiving, he’s waiting with  a pair of ’Keisatsu Bracelets’ (Hand-cuffs) for you, but if you manage to evade him then it’s time for some good old fashioned extreme police brutality. 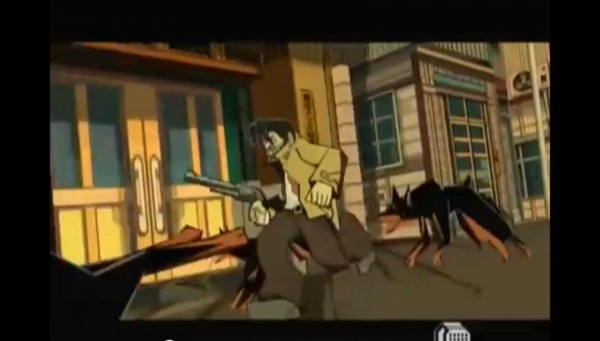 “Or what? You’ll release the dogs? Or the bees? Or the dogs with bees in their mouth and when they bark they shoot bees at you?”

If he sees you spraying your tag on a bus terminal, he’s going to deal with you personally… by shooting you with rubber bullets fired from a gun that could kill a damn elephant. He’s not messing about. When you intercept police radio chatter with Onishima, you know the shit is about to hit the fan, because he doesn’t do things by halves.

If you manage to avoid him at the terminals, don’t think he won’t follow your ass all over town. He comes back to deal with you personally a few times. Taking things up a notch, he’ll return with a full Riot Squad firing tear gas grenades to take you down, and if that doesn’t work he’ll be back again with the departments Doberman attack dogs. Each time he’ll also be running around with his hand-cannon taking shots at you. During these attacks, you can actually give some abuse back to him by skating into him to knock him down and spray painting your tag onto his back.

[HEALTH AND SAFETY NOTICE: For the love of God, do not, under any circumstances ever try to spray-paint a man carrying a freakishly powerful hand-gun in real life. Just… don’t do it.] 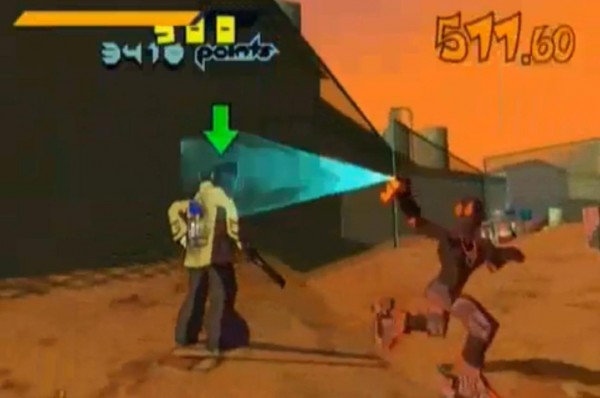 The last thing you see before you die.

If you still refuse to come in quietly, then Onishima realises that he has more important crimes to deal with and starts allocating more resources to investigating more serious matters. 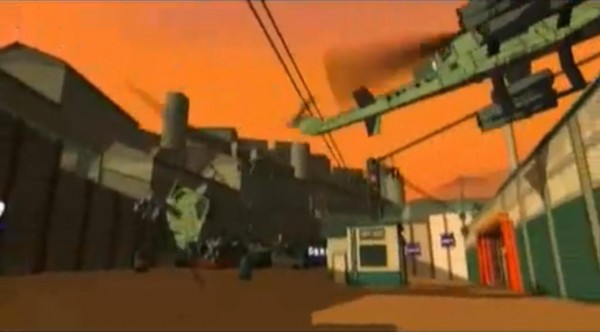 Unfortunately Onishima never returned for a second game. In Jet Set Radio Future he was replaced by the nowhere near as cool Inspector Hayashi (seriously, screw that guy). Having said that, Onishima only needed one game to cement his legacy as one of the great SEGA bosses. I’d like to think he’s enjoying his retirement from the force, perhaps in a quiet house in the suburbs, yelling at those damn kids on his lawn … then unleashing a hail of gunfire from his pistol into their general direction.