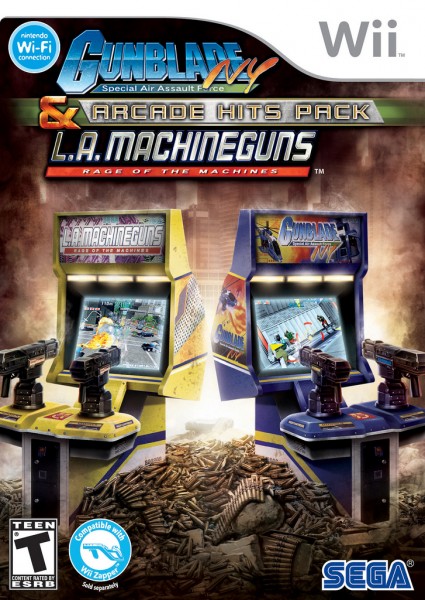 Today we are going to review Gunblade NY and L.A. Machineguns Arcade… *takes a deep breath* Hits Pack. Pretty long title? Tell me about it.

Have these arcade hits from the 90’s stood the test of time?
I’m a bit surprised that SEGA released these games on console, but then again I was also surprise that they re-released Ghost Squad. In the game you are a gunner aboard a super enhanced helicopter, your job is to shoot down all the evil robots. 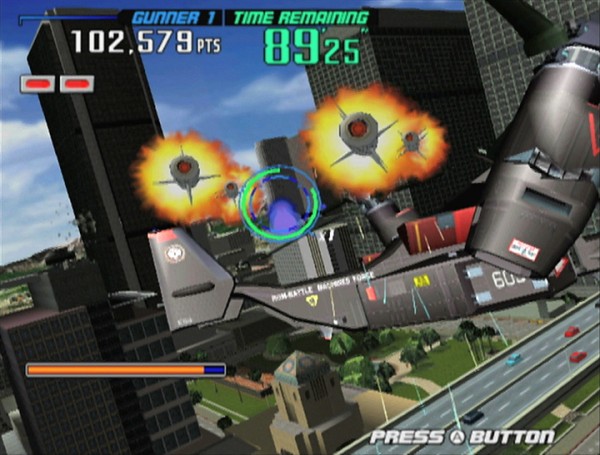 Let me start off by saying that 3D graphics from the 90s, nowadays, look ancient. That being said, SEGA did not touch up the graphics for this title, at least nothing that I could tell. The game comes to Wii with its low polygon count and little to no textures. Is this a negative thing? It depends on who you are talking to, I like the block polygon look from old titles. It is sort of how lots of people online like pixelated 2-D graphics from old NES and Genesis games.

One thing they did fix is the aspect ratio. I can let a game slide with its original graphics, but something that pisses me off about games is when they don’t change the aspect ratio to widescreen. This game handles the widescreen well, basically it adds the image to the sides, but you can’t shoot enemies in those sides and enemies can’t shoot you. Sounds confusing in text, but it works well in game. 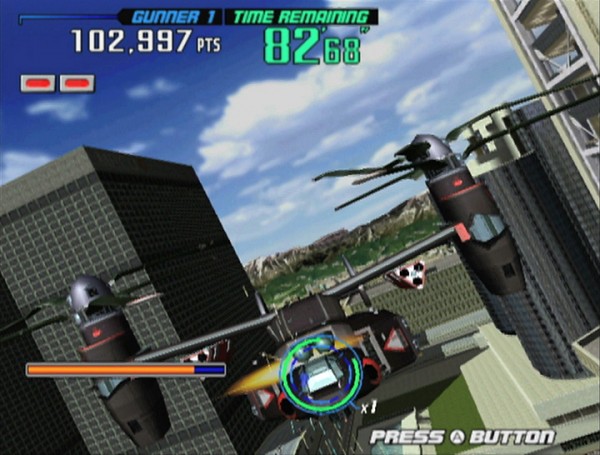 Something I have always hated about arcade games on consoles is that you always have to buy a lightgun, which most of the time are rare to find.  I mean, yes we could play with a regular controller, but whats the fun in that? One of the benefits of the Wii is that the Wiimote are really suited for light gun games.

The controls get even sweeter when you add the Wii Zapper, a piece of plastic that makes the controller more gun like. It is not needed, but the game supports it.  Given that, I tried the game with Wii Zapper and without it, the game felt smooth and the aiming was pretty precise.

The only thing that gets confusing with 2 players, is that I always get confused with what cross hair is mine. Its good that the game lets a player drop in and out anytime, so when the 2nd player makes me made, I can kick them out. Sometimes I like to use the two wiimotes and act like i’m dual wielding. We all do it in the arcades, right? 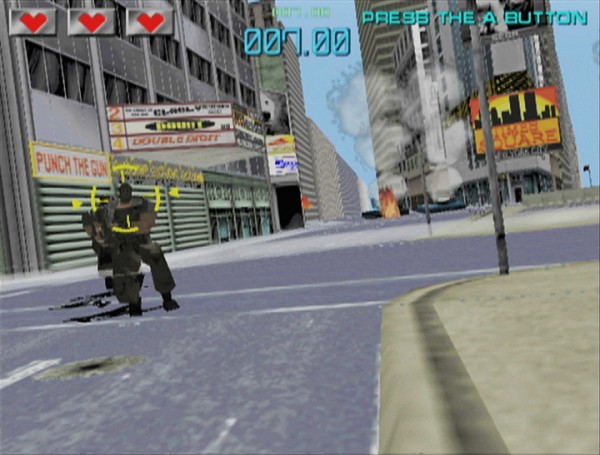 Some of the issues that most users have with light gun shooters is how short they are. I understand why they are so short, since they are arcade games. When you play games in an arcade is all about skill and these games are hard, you will usually spend lots of coin to beat the games. But when you do, you have that great feeling that you accomplished something big.

The games together will take the average gamer 30 minutes to complete. So they are very short and it doesn’t really help with the fact that it has unlimited lives and no reload turned on. Meaning that most people can just dick around and beat the games. This is not good, but SEGA has added this for casual games that do not like a challenge.

I think the biggest challenge and thing that will keep making you come back is achieving a higher score. In L.A. Machineguns, they have civilians that can damper your score and you have to play it more than once to improve your score. Its about level layout. They also have Score Attack Remix mode for Gunblade NY, this mode takes off unlimited continues and reduces the time to one minute. This adds a challenge.

The game also features a rank system, this goes from Police title all the way to Chief of Police. There are about 10 rank titles to go through. Depending on how you perform in the game, you will be able to go up a rank, if you really suck, you will be demoted. For those of you who work on their high score all the time, you will be able to upload it online. The game supports online leaderboards. 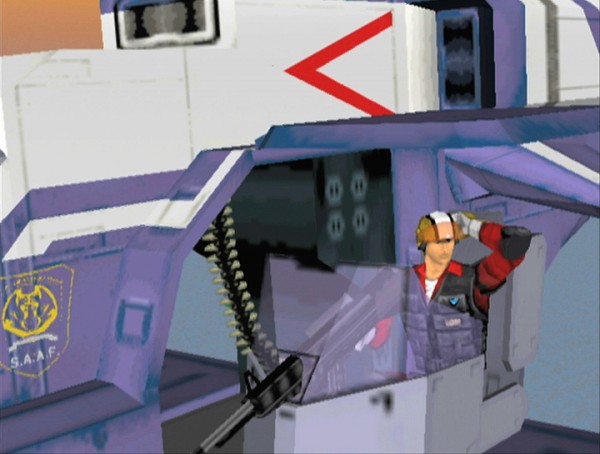 The package offers you two niche arcade games, that are very rare to find in arcade places. Nothing beats playing these two classics in the comfort of your own home. Some might think that the price of entry is to high (its $29.99), but each one for the price of $15 is not too bad. Of course, I think the prefect price for the package would have been $20 dollars.

Regardless of price, if you are looking for retro light gun action, it hardly gets better than classic SEGA light gun games. Seems that the Wii will be serving as a light gun machine, with this, Ghost Squad and House of the Dead 2 & 3 returns already out on the market. If you are into this niche genre, this is a offer you can’t pass up.