Namco really wants this to happen, they have wanted it to happen for awhile. So much so that the Tekken 6 director has talked about the idea of both franchises coming together. Could this be a great idea? Well seeing as how Tekken and Virtua Fighter both do well in Japan, combining the fanbases into one big versus game could make both companies a lot of money.

This could also bring more western fans to the Virtua Fighter franchise, something that the franchise needs in the west is exposure. Both are 3D fighting games, but which one is the better one? Let fans decide. I mean, let SEGA fans beat up Tekken fans at the arcades and post it on YouTube. One rule I do have though, Namco should only bring over serious characters. No stupid lizards or bears. 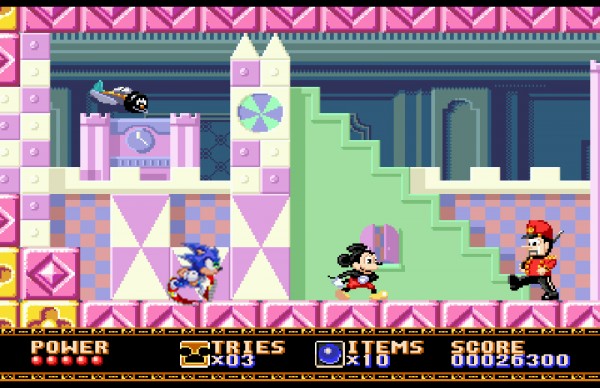 This one is an odd one and mostly comes from when I was a kid. I loved what SEGA did with games like Aladdin and Mickey Mouse: Castle of Illusion on the SEGA Genesis. I always wanted SEGA to team up and bring over Sonic and Mickey in a platforming game. I mean, wouldn’t that rock? It would sell millions. It isn’t like Disney is scared of doing crossovers, they did one with Square Enix and I think Sonic is more relevant to Disney fans than emo Final Fantasy characters.

It is obvious that Disney wants Mickey to have a bigger presence in the video game world, what with the big hyped release of Epic Mickey. The game wasn’t a complete flop, but it’s obvious it wouldn’t pull crossover numbers like a Sonic and Disney game would.

Fighters Megamix was pretty brilliant, even though I wish it had more characters from other franchises, it was basically a Fighting Vipers vs. Virtua Fighter. I think SEGA can expand on this and release a really good mash up fighting game with their franchises.

SEGA has a ton of great franchises and their last crossover, SEGA & Sonic All-Stars Racing didn’t touch upon most of the ones fans wanted. It had too much Sonic Team stuff, so much that Billy Hatcher had more of a spotlight than actual ‘All-Star’ SEGA franchises like Shenmue. This is something SEGA could correct. Not to mention that SEGA fans have been asking for another franchise crossover fighting game since Fighters Megamix. 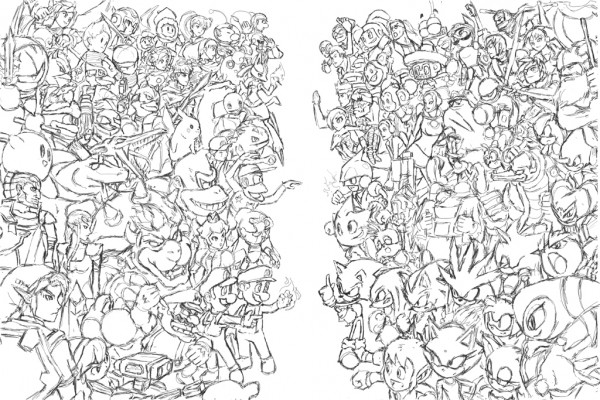 This fight has been brewing for over two decades. We know that SEGA and Nintendo have made a killing with their lame Olympic Mario and Sonic crossover sport title. The fans are there and have been asking for a full out brawl between the companies mascots. If there is one crossover that we all dreamed about as kids, it was this. Drop them in a Smash Bros style game, add great online support and watch all the money flow in.

Also Nintendo has way better franchises outside of Mario, so a ‘Sonic vs. Mario’ would obviously work, but a Nintendo vs. SEGA game would excite me the most. 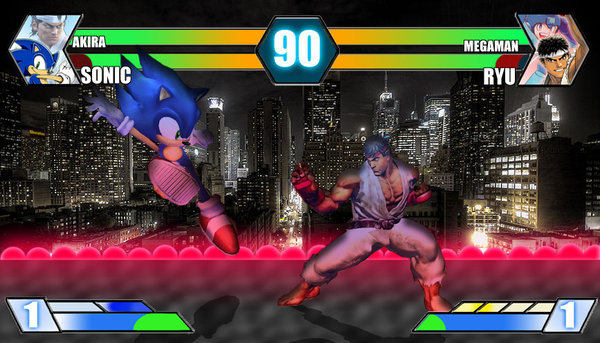 What can I say? I love Capcom, even if right now they aren’t producing the best content. I still love their franchises and since I also love SEGA, this is a perfect match made in heaven. I want to fight Vectorman against Mega Man, I want to see the blue blur go up against the blue bomber. I know a ton of SEGA fans that also love Capcom, one of the reasons many of us on this site love the Platinum Games partnership with SEGA.

Capcom is going crossover crazy announcing 2 versus games with Tekken, a upcoming one with Marvel and the already released  Tatsunoko (not to mention their Namco and SNK crossovers). But what will really excite me as a Capcom and SEGA fan is a SEGA vs. Capcom game. Come on, make it happen already.

12 responses to “5 SEGA crossovers that need to happen”