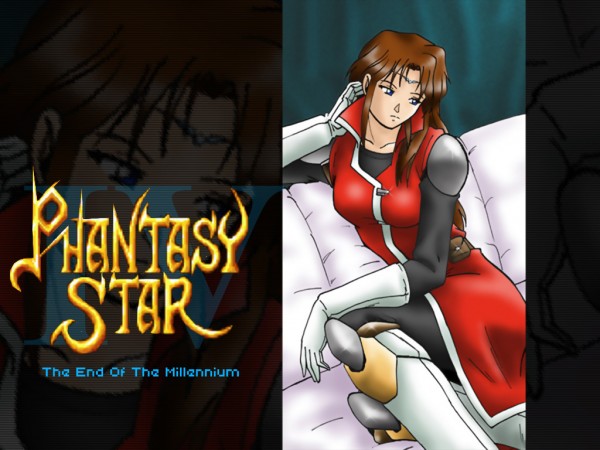 The long, long struggle of ancient times finally ended…
The victor sacrificed the vanquished to the heavens.
Four bells tolled. Four torches were lit.
And the world continued for thousands of years…

Phantasy Star: End of the Millennium is an epic journey of Self Discovery and finding purpose in life and most importantly, learning the value of love and friendship. Arguably one of the most memorable games from the Genesis in terms of Graphics and Gameplay was your typical JRPG, featuring the usual dungeons and the old school 2D top down camera angle. What elevated the game to the next level was the deep and fleshed out story, complete with the finest character development in video game history.

This tale of epic proportions was paired with some classic tunes that, nearly 2 decades later, fans fondly remember and remix. While there literary are thousands of remixes and arrangements out there, we share some of our favorites with you today.

Let’s kick things off with the familiar opening tune “The end of the millenium”.

It is a fairly solid track, but did you ever wonder what end of the millennium theme would’ve sounded like if Yuzo Koshiro got his hands on it?
Well, this might help flesh your imagination out.

While Playing Phantasy Star, the tune you would hear more than any other is the Field Motivia tune, which plays through the background for roughly 50% of the game, so naturally it is the one that’s ingrained into the memory of every fan.

The most memorable track from the game, and without going into spoiler territory, “Breath” is a hauntingly beautiful track and it played in the background of the first scene in video game history that made me shed a tear.

The scene that takes place here can be compared to the opening act of Shenmue, however the only difference is that when Ryo lost his primary care giver in front of his eyes, his life found a new purpose (REVENGE). Whereas Chaz loses his purpose in life and must question what he fights for.

I don’t know how to explain the emotional impact of this game without giving to much away, but the story in this one is definitely rewarding.

This beautiful arrangement was part of PS4’s official soundtrack. The original track has aged fairly well, but had the game managed to find its way on to MEGACD this is the track we would’ve heard.

Well this brings Volume 3 to an end, share some of your finest memories with PS4 in the comments and join us next week for Vol.4, which is going to be something really special.

SEGA Tunes: Sonic Heroes “What I’m Made Of”

7 responses to “SEGA Tunes Vol.3 “End of the Millennium””