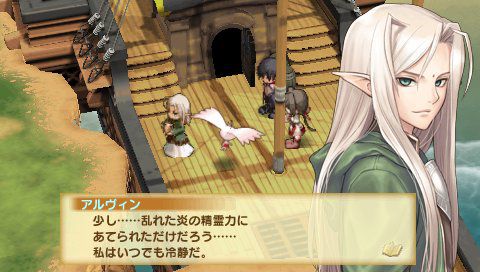 “It’s been ten years since the Shining series was re-invented,” he commented, referring to 2002 GBA effort Shining Soul, developed by Grasshopper Manufacture.

“Currently, we’re preparing a title that sums up the whole series and should provide an answer to users’ curiosity. I can’t give details yet, but I’d like to reveal it before we go too far into the future.”

First popularised on the Mega Drive back in 1992 with Shining Force, the last game in the 28 title-strong franchise to see an English language release was Shining Force EXA on the PlayStation 2 back in 2007.

“Shining is a long-running series, but development work largely stopped on it for a period of time,” Sawada explained.

“We redeveloped and resurrected the name as SEGA shifted from hardware to software, and the goal for the games I’ve worked on is to target a large swathe of the userbase and do something that hasn’t been done before with the series. That’s still the direction I take today.”

The reinvention of the series has been often criticized by most fans of the series, it will be interesting to see if SEGA will take any particular notes from the highly successful Shining Hearts, which went on to become the best selling Shining title since the original Shining Force games on the Mega Drive. With the appearent 20 page spread in this week’s Famitsu, covering in particular SEGA’s history and new announcement, I doubt Shining fans have to wait long.