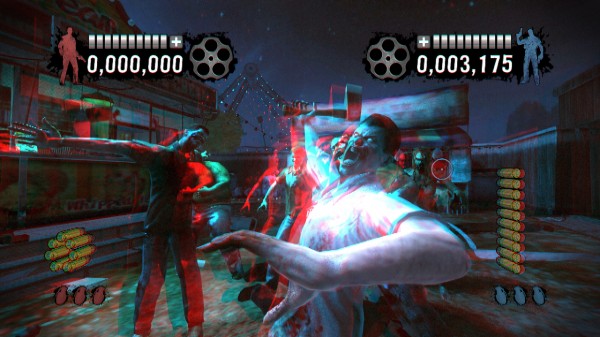 So you, like myself, don’t own a sexy brand new HD stereoscopic 3D. It sucks, you can’t experience some games in their 3D mode. But SEGA has you covered, since House of the Dead: Overkill will support anaglyphic 3D. That means you can use those crappy 70’s paper, red and blue 3D glasses. Now that is the real grind house experience.

Also confirmed in the press release (which will be attached to the post, after the jump) you can use a regular dual shock controller if you want! It supports Move for those that own the add-on. 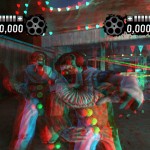 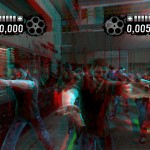 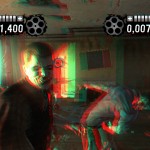 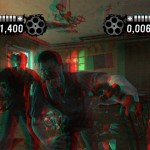 Please note: These screenshots are in RED-CYAN anaglyphic 3D. That means you’ll need paper glasses with a red lens and a cyan lens to see them correctly. House of the Dead: Overkill – Extended Cut supports RED-CYAN and GREEN-MAGENTA Anaglyphic 3D as well as active and passive Stereoscopic 3D.

THE HOUSE OF THE DEAD: OVERKILL – EXTENDED CUT GETS MODERN AND RETRO 3D!

Stretch your scream beyond the screen exclusively on PlayStation®3!

September 27, 2011 – SEGA® Europe Ltd. and SEGA® of America, Inc. today announce that the king of all mutant killing sprees just got deeper! If you’re the proud owner of a 3D TV, using stereoscopic 3D you can experience hardcore bullets and brain matter so real you’ll need a damp towel! And now we’re proud to announce that even if you’re more of a retro gamer at heart then you can don your paper 3D glasses and enable anaglyphic 3D for the full 1970s grindhouse experience!

“The House of the Dead: OVERKILL – Extended Cut on PlayStation® 3 now features anaglyphic and stereoscopic 3D! So whether you have a state-of-the-art 3D TV or a 1970s home cinema system you can enjoy the most gruesome mutant mayhem in 3D! Bring your own popcorn,” said Gary Knight of SEGA.

Experience 3D so real, you’ll still be crying late into the night! As well as standard DualShock control there’s Move support so moving, you’ll place every shot right between the eyes! The House of the Dead: OVERKILL Extended Cut™ is due for release October 25, 2011 for PlayStation®Move for the PlayStation®3 computer entertainment system and rated “M for Mature” by the ESRB.

6 responses to “House of the Dead: Overkill Extended Cut to support retro and modern 3D”