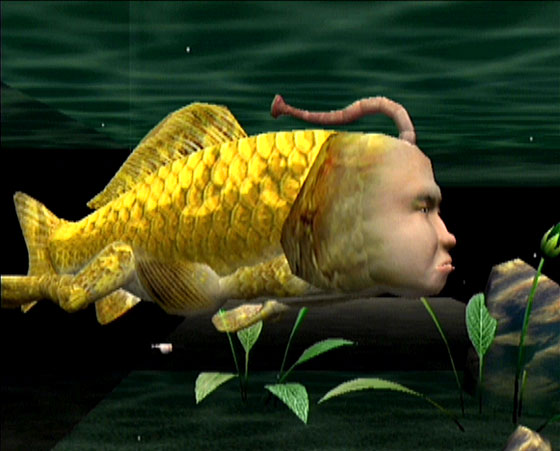 Hold onto your hats, SEGA fans! It looks like the world’s douchiest sea creature may finally be seeing a return…on the Nintendo 3DS. In what’s being cited as an initiative by Nintendo to bring other publishers’ classic titles to their handheld, Seaman has been said by Nikkei to be one such game. No other details were given.

We’ll keep you updated on this news as it unravels. The advantages to a 3DS Seaman title would include the system’s built-in microphone, its touch screen, and, assuming they go all out with this, you’d also of course get to see Seaman’s ugly face in full 3D!

Keep in mind that this is not yet an official announcement, but Seaman creator Yoot Saito’s hint back in 2010 that Seaman could very well be seeing a 3DS revival adds credibility to the story.

Thanks to Chaosmaster8753 for the tip.