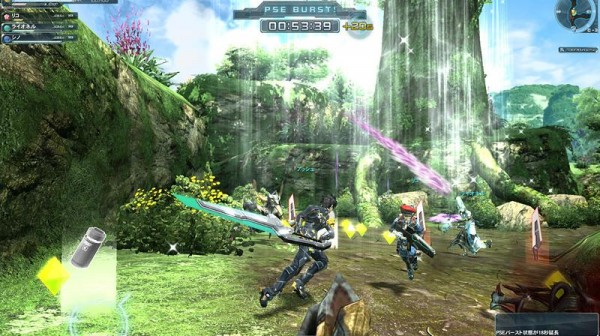 Everyday new information on Phantasy Star Online 2 hits the net and the more I hear about it the more excited I get.  Let’s be honest, most of my early 2000’s  were spent  playing Phantasy Star Online on the SEGA Dreamcast and a decade later it seems I will be doing the same with the sequel. How exciting is that?

When we learned that Phantasy Star Online 2 went free-to-play, most people were wondering how SEGA was going to handle payments for content. Lots of people thought this could hurt the series. Well, now SEGA lets us know about the currency in Phantasy Star Online 2 and how it works. They have announced that there will be three types of currency. That’s right, three.

SEGA is introducing a new feature called “Good Job”, that basically has you clicking ‘Good Job’ after you complete a mission with other people. You get ‘FUN’ currency if you do it. This “Good Job” option also lets you send messages to other players you play against.  Now that we know how money works in Phantasy Star Online 2, admit it, it isn’t as bad as you thought.
Ad: