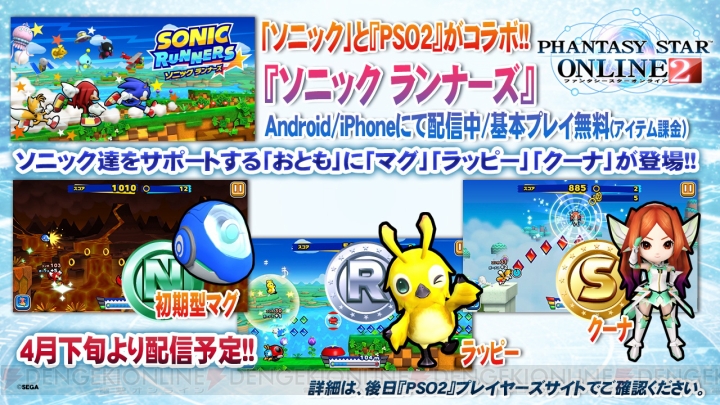 According to the latest Phantasy Star Online 2 press event, the team has revealed that they are crossing over to Sonic Runners via unlockable companions later this month. The update will allow you to unlock either aa Rappy , Mag or Quna. You can see the unlockable models in the picture above.