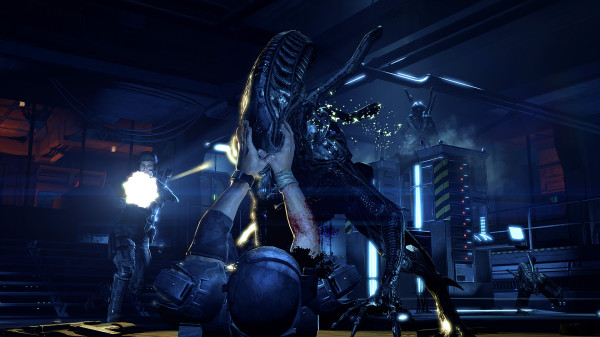 Well, seems that Aliens: Colonial Marines isn’t being as well received as we would have hoped and now everyone is pointing fingers. First comes a statement made by a ex-Gearbox employee, stating that Gearbox didn’t really develop most of the title and that the game was outsourced. The anonymous employee who goes by the forum handle “mugwurt” posted:

“Hate to say it, but I wouldn’t get your hopes up too high for Colonial Marines. I used to work at Gearbox, and the development of that game has been a total train wreck, going on what, 6 years now? Gearbox isn’t even making the game, except for the multiplayer. Primary development was outsourced to TimeGate Studios, which has a less than stellar past.” – Link to response

When asked about this, SEGA’s Senior Producer Matthew J. Powers had this to say:

“Absolutely not, the game has been developed by Gearbox Software. Other studios [like Timegate] helped Gearbox on the production of single and multiplayer.” – SEGA’s senior producer, Matthew J. Powers

So, we know that Timegate did help with development, which doesn’t mean much. Most games get help by other studios to meet deadlines. Yes, even some of your favorite classic SEGA games had some outsourcing done. In the end of the day it doesn’t matter, Gearbox put their name on the product and let it launch. I’m just tired of people making excuses for Duke Nukem Forever and now this. Gearbox should handle projects that they stamp their approval on and so should SEGA.