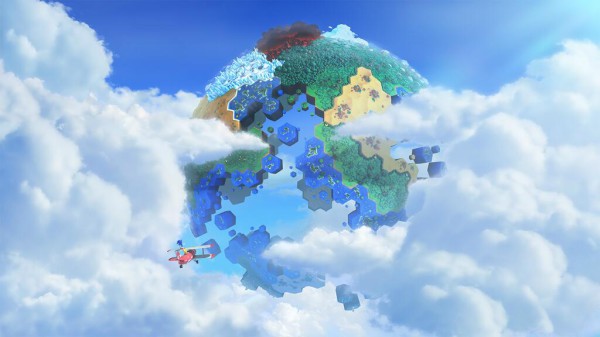 Details on Sonic’s latest Nintendo-exclusive adventure remain scarce, with a single concept photo among our only clues for where the Blue Blur’s next journey will take him. Today we’ve received a slight bit of info courtesy of Sega of America President John Cheng, who divulged some vague teases to the Associated Press.

“With ‘Sonic Lost World,’ we’re going to introduce new gameplay and enemies, which is always fun,” Cheng said. “In terms of Sonic and his friends, he’ll have his same friends there, and I think there’ll be some new ones as well. It’s not a reiteration. It’s going to be all new.”

Sonic’s last major title, Sonic Generations, was mainly a throwback, taking place in re-imagined levels from the series’ past and featuring gameplay similar to its immediate predecessors, Sonic Unleashed and Sonic Colors. It’s currently unknown if Sonic Lost World will continue to feature the same mix of 2D/3D Sonic gameplay present in those games, whether it will use the Hedgehog Engine, or whether it will be starting things entirely from scratch.

Sonic Lost World is the first of three Nintendo-exclusive Sonic titles, and it’s said to see release this year for the Wii U and 3DS. For the latest news on the title, keep it glued to SEGAbits.