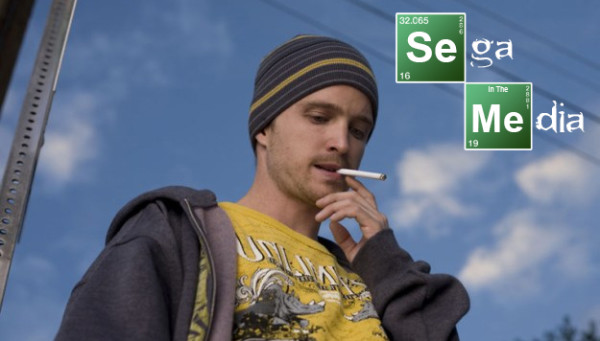 Like I said before, was already covered in our SEGA in the Media. So if you want more information head over there. This episode was called “Crawl Space” and was the 11th episode in the fourth Season of the show.

The game above shows three people, including our protagonist Jesse, playing Sonic & SEGA All-Stars Racing. Even though this show is dark, this is one of the few happy moments Jesse has on the show. Its him as a sort of father to this kid named Brock. This episode is the third episode of the fifth season, titled ‘Hazard Play‘.

Here we have Jesse going up to his room to play Sonic & SEGA All-Stars Racing with his meth addicted prostitute. Did I mention that Jesse basically turned his house into a a crack house? Yeah, don’t know how they pitched SEGA the opportunity to feature their kid friendly game in this scene. This was the fourth episode of the fourth season, titled ‘Bullet Points‘.

So from everyone here at SEGAbits, good-bye Breaking Bad. Thanks for the memories and SEGA references.

2 responses to “SEGA in the Media: Breaking Bad’s Jesse Pinkman has a SEGA obsession”