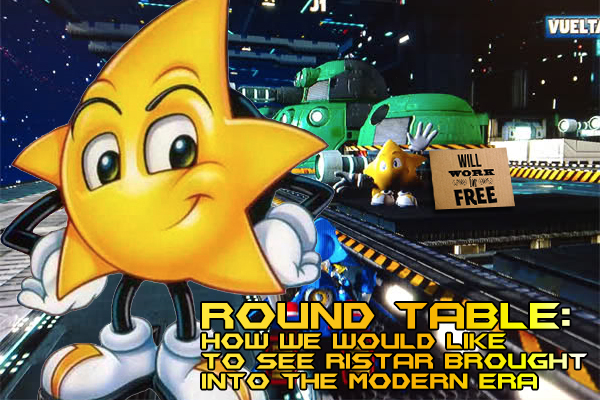 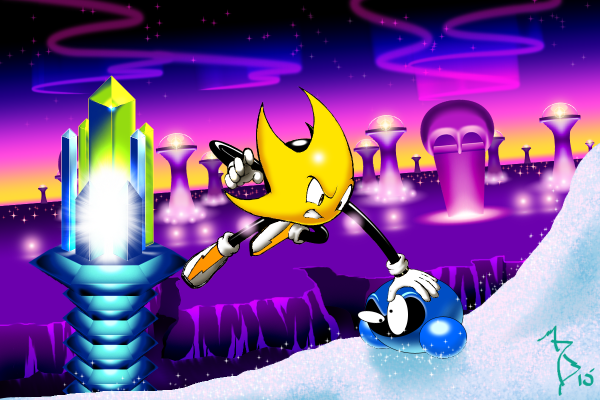 I think Ristar is a franchise that could have a lot to give in today’s gaming landscape. The character will never receive another retail release, but he is a perfect candidate for a digital revival. His game play is very unique and holds up very well and can only benefit from the capabilities of the modern HD console.

I want to see Ristar return as an HD remake with hand drawn sprites and backgrounds that bring Yuji Uekawa’s illustrations to life. I think a remake of the original game is necessary to not only ensure that the magic of the original game will be recaptured in the revival, but also to ensure that the developers of said game will know it inside and out before producing any kind of sequel. Provided it does well, I would love to see a genuine sequel that has bigger and more fantastical levels, massive and creative bosses, and some more crazy gimmicks that take advantage of today’s technology. The core game play shouldn’t change. Instead, the levels should introduce brand new mechanics that change with every planet, just like the original did. If it isn’t broken, don’t fix it.

And hell, if I’m asking too much, Ristar needs to at least come to 3DS through the Game Gear Virtual Console and 3D SEGA Classics. 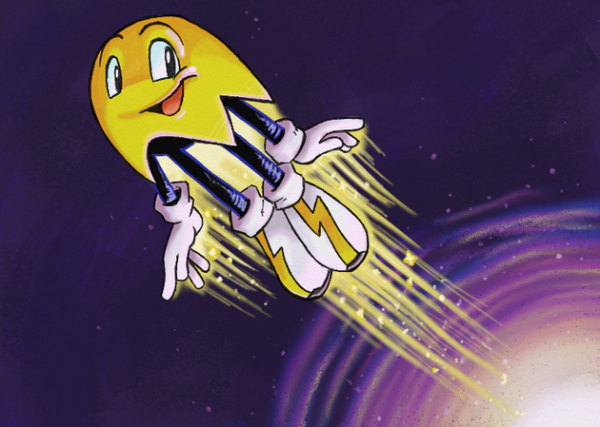 I would love to see Sonic Team take a crack at another Ristar game. The concept isn’t one they have entirely left behind, as the Werehog’s stretchy arms in Sonic Unleashed seem to be inspired by this classic game. Not that the Werehog gameplay in that game is really a good example of what a new Ristar game should be like, as that was more of a mix of God of War and Prince of Persia than what you could call a spiritual successor. So I feel like the concept could be explored a bit more, and besides that I’d like to see Sonic Team make a new game that isn’t Sonic or Puyo Puyo.

A lot of old 2D platforming classics are hard to succesfully bring into the third dimension. Not that I’d be entirely opposed to a 3D platformer, as I think that it’s a genre that’s been under utilized lately. But it seems like that with Ristar especially the gameplay would be hard to implement into that style while making it actually fun to play. That or I just don’t have the imagination to see it work well. Anyway, I think the best route to take would be a sidescroller with 3D environments, like a lot of classic revivals are done these days. They could still play around with the three dimensional environments as well, like Castle of Illusion and the classic Sonic stages in Sonic Generations do. The colourful art style could also look amazing in 3D, especially on PC, PS4 and Xbox One. 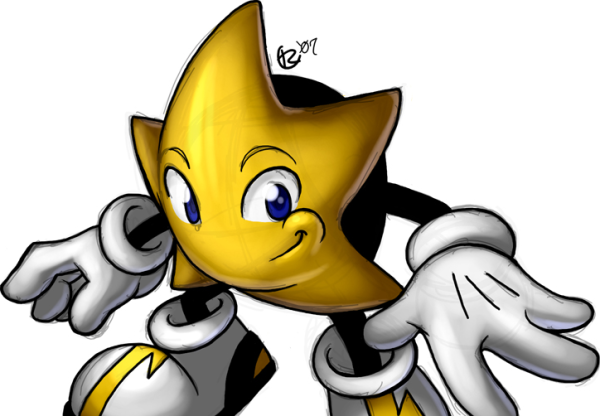 Like Sonic the Hedgehog, Ristar relies on a unique platforming gimmick. The ability to use his limbs as rubber bands, allowing him to slingshot and stretch his way through levels was both a lot of fun, and opened the door to several possibilities. I’ve always been surprised by how Sonic took off with his fast running and rolling skills, yet Ristar never made it further than one console game and one handheld game. Ristar’s unique abilities deserved to be exploited in a few more sequels. Hell, even Tempo had sequels on the Game Gear and Saturn!

Unfortunately for Ristar, his gimmick did make the transition to 3D, but he was not the one in the game. Instead, 2008’s Sonic Unleashed gave Sonic the Werehog the stretchy arm powers of Ristar, and piled on top of it a (admittedly) decent combat system that just felt out of place in a Sonic the Hedgehog title. Despite Sonic Unleashed’s missteps, I do think it proved that Ristar-like gameplay is possible in a modern game, and who better to show this than Ristar himself? It’s been a while since Sonic Team tackled a non-Sonic title, and I would love to see them create a 3D Ristar. I hesitate to ask for a $60 packaged game, perhaps it would be better to present it as a $20 XBLA/PSN game so they can concentrate on controls and quality gameplay rather than attempting to pad out the game to suit a full priced title. Push the elastic arm gameplay of the Werehog to the extreme, speed up the character a bit (think Sonic Lost World speeds), and present it all stages that are packed with ways to exploit Ristar’s abilities. 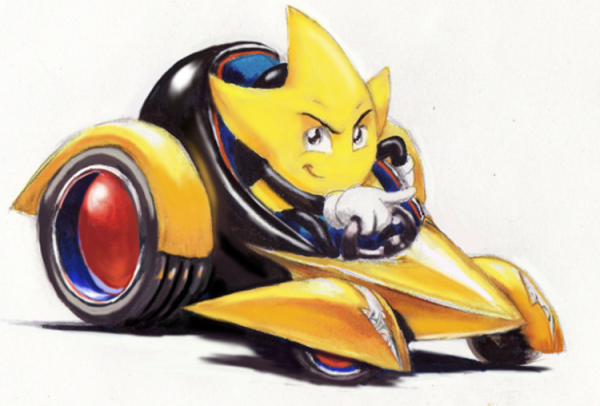 If there’s a game out there that just screams “Sega Genesis,” then Sonic Team’s Ristar would undoubtedly be it. From the art direction to the soundtrack and even the character art, this is a game that, without having yet played it, I can tell I would have dug as a kid.

It’s actually something that I’d like to see Sonic Team try again. The sad truth about SEGA since the Sammy merger is that most of the Sonic studio’s work has been anchored firmly in either their Sonic or Phantasy Star franchises. Learning about games such as Ristar reminds me that Sonic Team used to do much else, and they’ve actually done it quite well.

In a perfect world, Sonic Team would have the freedom to give Sonic a rest and go back to developing new properties featuring their usual brand of edgy and quirky platforming. I think it would be inspiring for them to get to work on something without the shackles of it having to be a Sonic title. Ristar would be a cool place to start, whether it be a remake, a full on sequel, or something new entirely.

For now, I guess we can only look back and (re)play the classics. And at the very least, that awesome Genesis art style just seems to hold up so well.

Round Table: How much did you pledge to Shenmue 3?
Features Original Content Ristar Round Table

3 responses to “Round Table: How we would like to see Ristar brought into the modern era”