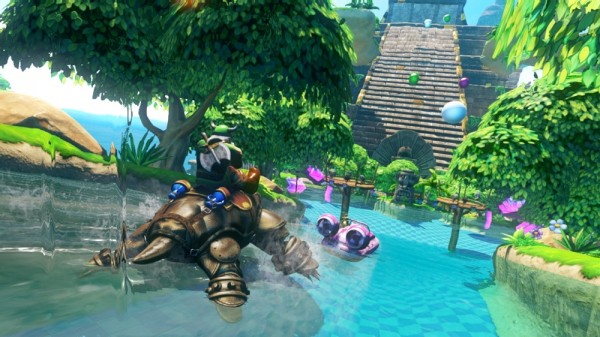 Famitsu reports that SEGA has announced a Japanese release date for Sonic & All-Stars Racing Tranformed. The game, which released in the West on November 2012, is due for release on the Wii U and Playstation 3 on May 15th, 2014. While Famitsu’s article does not mention any exclusive characters for the Japanese version, it would be interesting if SEGA included Ryo Hazuki or Hatsune Miku in an attempt to appeal more to Japanese audiences. One interesting bit of information is the mention of Takenobu Mitsuyoshi being “the voice of SEGA”, could the Japanese version be adding an announcer or theme song to the game? We’ll reach out to Sumo for more info on this and the Japanese release of the game. Stay Tuned!