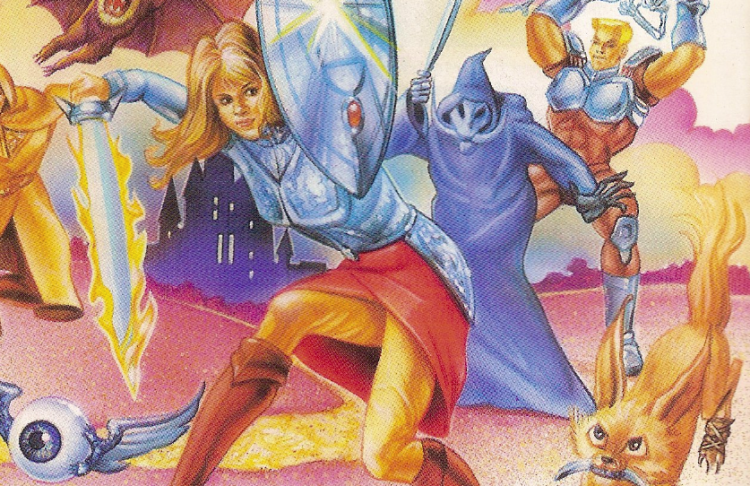 Today marks a big day for fans of Phantasy Star, as it’s the 27th anniversary of the original game and the franchise as well. On December 20th, 1987, SEGA’s now iconic RPG released to the Sega Mark III. Following the original’s release, three numeric sequels released to the SEGA Mega Drive/Genesis and further installments released to numerous other platforms. The series has come a long way since 1987, and it’s amazing that it continues to this day with the releases of Phantasy Star Online 2 and Phantasy Star Nova. But rather than focusing on the newest installments, and grumbling about how we still can’t play them in the West, let’s take a trip back to the Fall of 1988 when SEGA’s The Team SEGA Newsletter previewed Phantasy Star for the Master System. 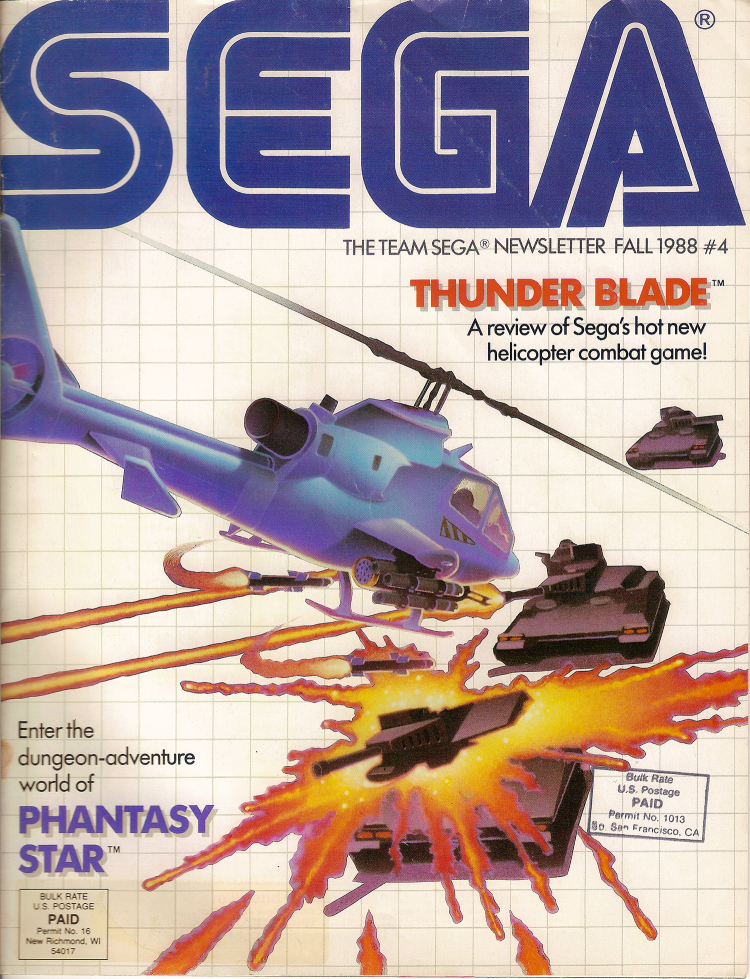 Sega Challenge was the official newsletter for American SEGA fans, previewing the latest Master System titles and accessories from the company. Titled “Sega Challenge” for the first three issues, the newsletter changed its name to the more succinct “SEGA: The Team Sega Newsletter”, running for an additional four issues under the new name. Running from the winter of 1987 through to the winter of 1989, each issue consisted of 16 pages of promotional features including an intro by Sega Team Kahuna/Big Cheese John Sauer, “Ask the Sega Master” which answered reader questions, software checklists, fan art galleries, and “Sega Challenge Scoreboard” with reader-submitted top scores.

Fall 1988’s issue four was the first issue under the new name, and under SEGA’s new distribution deal with Tonka Toys. While content remained largely the same from the last issue, the newsletter now carried ads for Master System retailers like Toys ‘R’ Us and Child World Children’s Palace – the latter of which I have never heard of but it sure sounds whimsical! While Phantasy Star receives a mention on the cover, Thunder Blade dominates most of the cover. No matter, Phantasy Star still endured. I mean, it’s not like it’s 2014 and we’re playing Thunder Blade Online 2. Then again, we’re also not playing Phantasy Star Online 2 but that’s another story. 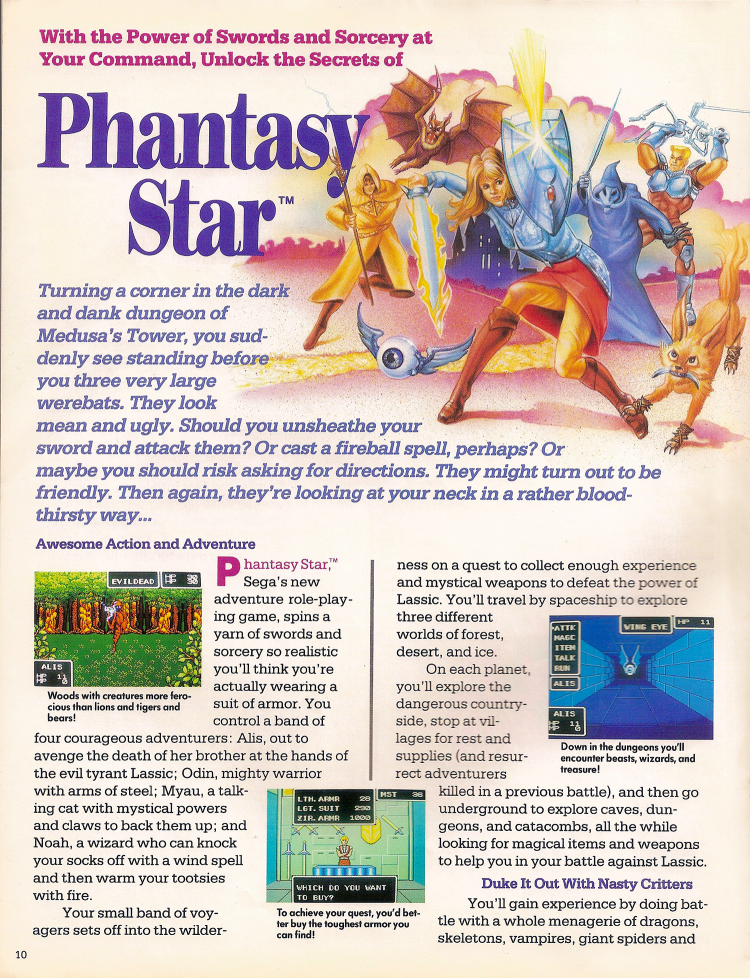 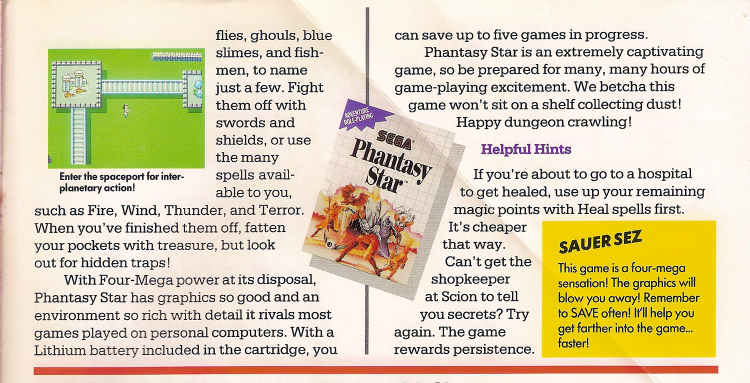 The issue’s Phantasy Star article, seen above in full, was likely the first look at the game and the franchise for many fans. Despite the series sci-fi leanings, the preview doesn’t focus on that aspect all that much. The Westernized art, which can also be found on the game’s box art, is nice but it doesn’t compare to the Japanese original. Still, that Wing Eye looks pretty cool.

The back of the newsletter features a coupon offering $5 off Phantasy Star with the purchase of two Master System games. it doesn’t sound like much of a deal, but hey, $5 is $5. Personally, I would have preferred some sweet swag like a Phantasy Star poster or pin. The issue doesn’t offer those, but on another page in the issue you can buy a bunch of Thunder Blade merchandise.

Following a six-month pause after the seventh issue, the newsletter was revamped and became the famous Sega Visions magazine for the launch of the Genesis console. Several staff from the newsletter even stuck around and became editors for the magazine, including John Sauer and Ron Elliott. Phantasy Star, meanwhile, ballooned into an epic and incredibly influential SEGA franchise. Happy 27th anniversary Phantasy Star!

Stay tuned to SEGAbits as we have more Classic SEGA Magazine Corners on the way, with more cool content from The Team Sega Newsletter!

My Life with SEGA goes to battle with Rambo: First Blood Part II