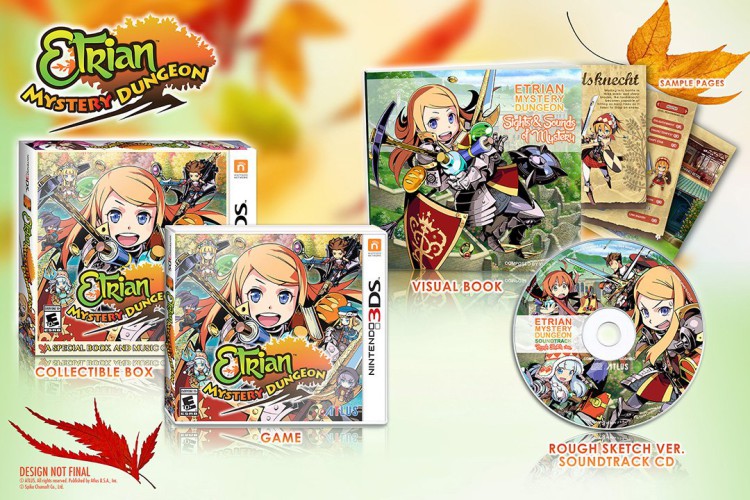 Atlus really knows how to sell games to its fanbase. Not that much into Mystery Dungeon or Etrian Odyssey games? But wait, it comes with a badass visual book, soundtrack and exclusive slip cover. Not only that, they aren’t charging you a penny more than you would spend regularly due to this bundle being exclusive to first print copies.

Etrian Mystery Dungeon hits North American shores on April 7th exclusively for the Nintendo 3DS. No release dates for Europe have been announced yet. Giving this game a chance? Check out the new ‘Protector Class’ trailer after the break.

This battle tank uses their high DEF stats and tower shield to create an immovable object of damage-soaking toughness. Combining provoking taunts with ability binds, a well-leveled Protector is key to surviving against rare monsters, bosses, and worse!