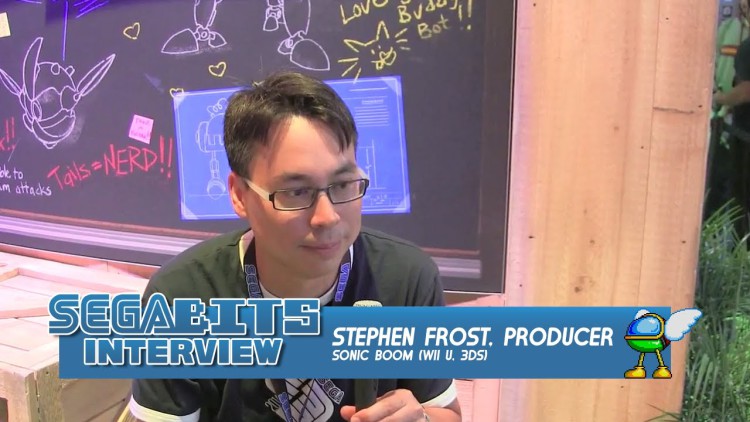 I think one of the best things about our staff members is they all really love covering games. In the past five years we have attended a ton of events including E3, Comic-Con, Summer of Sonic, Sonic Boom, Momocon, and a ton more. Not only that, our staff have even put on conventions, like the SEGA Fan Jam that writer Kori-Maru organized. Not too many SEGA fansites put this much passion at covering live events. This is one of the reasons I love our staff members, they are just as passionate as me when it comes covering all things SEGA.
Anyone can go to invents, takes a lot more effort to go and actually write about said events.We hope that in the near future we can cover other international events. My big goal is to cover stuff at Tokyo Game Show.. now wouldn’t that be something? 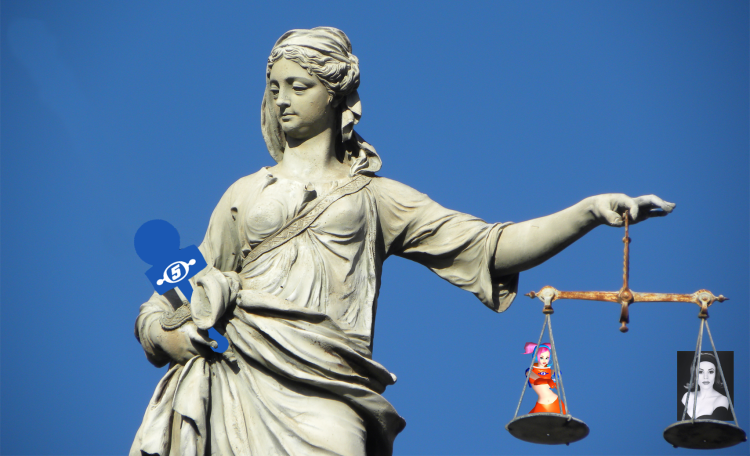 A bit of SEGA history before we get into this SEGAbits moment: In 2003, former lead singer for Deee-Lite Lady Miss Kier sued SEGA, claiming Space Channel 5’s Ulala was an unauthorized use of her likeness. To back this claim up, she said SEGA had offered her $16,000 to license her name, image and songs for the game but she rejected the offer and SEGA went ahead and used her likeness anyway. Lady Miss Kier ended up losing the lawsuit and was forced to pay SEGA’s court fees which ended up being over $608,000. End of the story, right?

Fast forward to May of 2012. On the SEGAbits Twitter account, we tweeted this factoid out and almost immediately Lady Miss Kier responded! Now you might think we tagged her or used a hash tag of her name, but no, it seems she was searching her own name on twitter. In response to our tweet, she said “….you are the real losers….ha!”. We asked if she wanted to play some Space Channel 5 with us, but she told us “…..there is no space channel 5. I shut it down …remember? space channel 5 3 never came out …did it? i killed that imposter”

Strange, because we could have sworn she lost the lawsuit and Ulala has since appeared in games such as the Superstars and All-Stars titles, and even performed Deee-Lite’s own Groove is in the Heart in Samba de Amigo for the Wii thanks to SEGA licensing several pop songs from the band’s label. After a bit of light racism on Lady Miss Kier’s part she clued us in to an alternate reality that she apparently lives in, stating “…you got it wrong..they paid me 750,000 not to tell the world the details of biting my ideas! i never paid them!!”

She went on about Japanese cars and claimed Ulala is our imaginary lover, which we don’t deny. I mean, at least Ulala still has the dance moves and doesn’t search for herself on Twitter. Lesson learned: If you want some free entertainment, tweet facts about salty former pop singers. 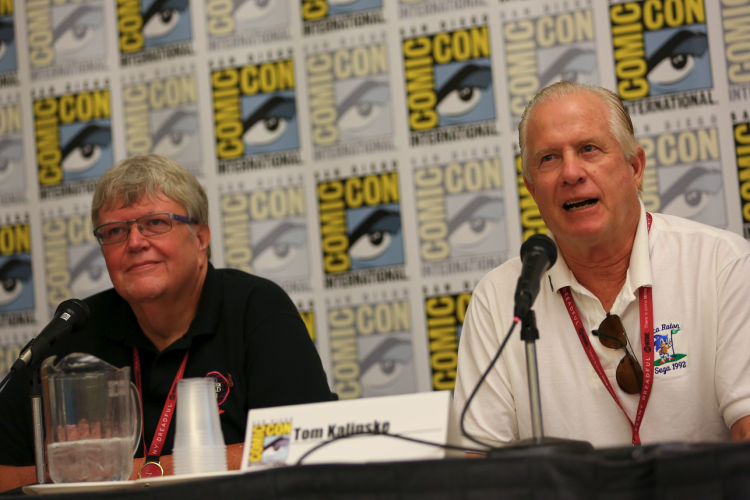 The SEGA Genesis was the reason I became a SEGA fan, not only me but a lot of kids in America had their first SEGA exposure thanks to the Genesis and the Sonic craze of the early 90’s. At the time I would just obsorb the games, take them in and enjoy them for what they where. Now we know that the reason the Genesis launch was a huge success was thanks to SEGA’s director of marketing Al Nilsen and former SEGA of America president Tom Kalinske. Lucky for use we actually got to interview them both via our Swingin’ Report Podcast, which was a bit nerve racking, talking to your childhood heroes.

Thankfully for us, they didn’t know we where werdios and gave us a VIP treatment to their Console Wars panel at the San Diego Comic-Con, they where nice enough to allow us to tape and distrubute the panel via our channel.

The podcast has really open an avenue for people to hear me and Barry’s annoying voices. People we really admire have showed up to waste their time including Tom Zito of Digital Pictures and Night Trap fame, The Official Dreamcast Magazine staff, Roger Craig Smith known as the voice of Sonic, Stephen Frost producer at SEGA, Aaron Webber and many more.

SEGAbits Panel at Too Many Games 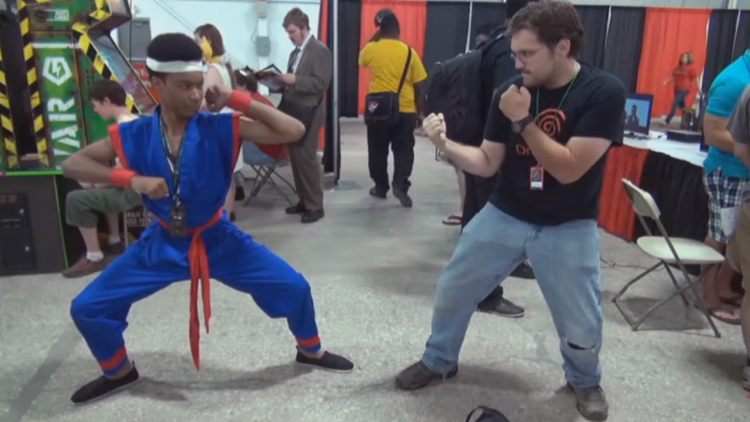 In 2014, SEGAbits contributors Barry the Nomad, AJ Rosa, Kori-Maru, and David the Lurker of Sonic Retro stepped away from the comfort of their computers and hosted a live panel at Pennsylvania’s retro gaming event Too Many Games. While we have a sense of how many people view our content online, we had no idea how a live panel would go, and to our surprise we packed the house to standing room only! The panel was a grab bag of SEGA and Sonic the Hedgehog content, featuring a Dreamcast discussion, a My Life with SEGA episode premiere, a look at Sonic 2’s long lost Hidden Palace Zone, and a trivia contest featuring SEGA swag from our friends at SEGA of America.

For our first live event, it was really special to see so many people turn up. It was also the largest meet up to date of SEGAbits team members, and thankfully we all got along. We even made a new friend, our recent addition to the team Adam of the GunstarHeroes777 YouTube channel! If you missed the panel, you can watch it in full on our channel. What do we have planned for this year’s convention? Stay tuned! 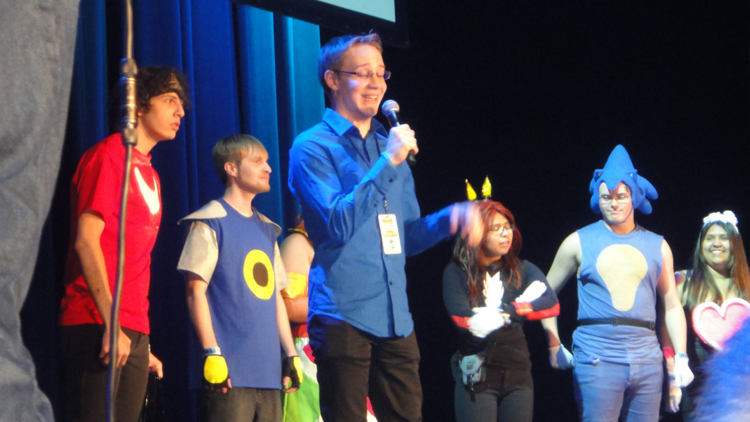 Since the day we launched SEGAbits, way back in 2010 the SEGA community managers where very supportive of the site which is shocking considering how many really bad Sonic and SEGA fansites pop up around the internet. People like Kellie and Julian would coordinate contests, congratulate us on great podcasts and overall actually care about the community. They have been the voice behind SEGA’s social networks and they are the ones having to deal with a fanbase that is never happy and in my opinion they handled it better than most of us would.

Sadly for us, Julian and Kellie won’t be SEGA’s voice to fans anymore due to the recent announcement of SEGA cutting staff and moving away from San Francisco. I guess its a bittersweet ending to this video, but everyone here at SEGAbits wishes them success on their next job. Any company would be lucky to have them.