After showing Rise Kujikawa and Yu Narukami, Atlus shows off the new character Kanami Mashita from Persona 4: Dancing All Night in this week’s character trailer which was once again translated by bobrossfreak. She wears puffy pants and introduces herself as a cow, which is probably all you’ll ever need to know about her. The trailer follows a similar format as previous trailers with dialogue, animated cutscenes and gameplay being shown off, with an added quick and weird fanservice shot.

Atlus also revealed some DLC that will be included in the Japanese “Crazy Value Pack”. It’ll include costume DLC including Gekkoukan school outfits from Persona 3 and the outfits the characters wore in the epilogue of Persona 4 Golden. Also included is the credits song from Persona 4 called “Never More”.

In other Persona news, Gematsu translated a recent lengthy interview about both upcoming Persona games: Dancing All Night and Persona 5, which can be read here. 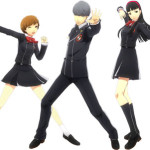 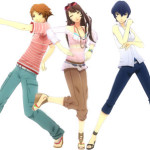 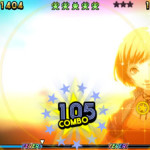