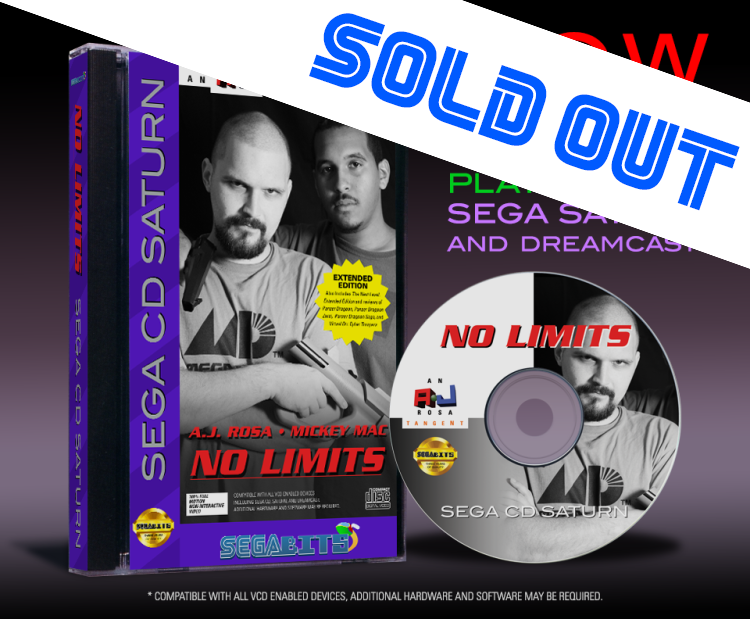 UPDATE: Even though they were free, we are marking this as “SOLD OUT” as our stock has been depleted! Don’t worry, we plan to have more produced by Christmas 2015 and if you still want to notify us by email that you are interested, please do so by contacting SEGAbits[at]gmail[dot]com with the subject line “No Limits VCD Rerelease” (you do not need to leave your address)

The release made its debut last summer at Too Many Games in Oaks, PA and while we gave several copies away…

Supplies are limited, so if you truly want a copy then act soon! After the break, check out the full short film as well as a download link for the special My Life with SEGA: No Limits “Sega CD Saturn” packaging we made (note: the movie will not play on the Sega CD, “Sega CD Saturn” is a cheeky nod to the short-lived “Sega CD 32X” library of games).

[Download the My Life with SEGA: No Limits “Sega CD Saturn” packaging]

Presenting “My Life with SEGA: Nothing Else Matters ”, a short film by A.J. Rosa
My Life With SEGA VCD

5 responses to “My Life with SEGA: No Limits – Available now on SEGA Saturn & Dreamcast VCD! Update: Sold Out!”