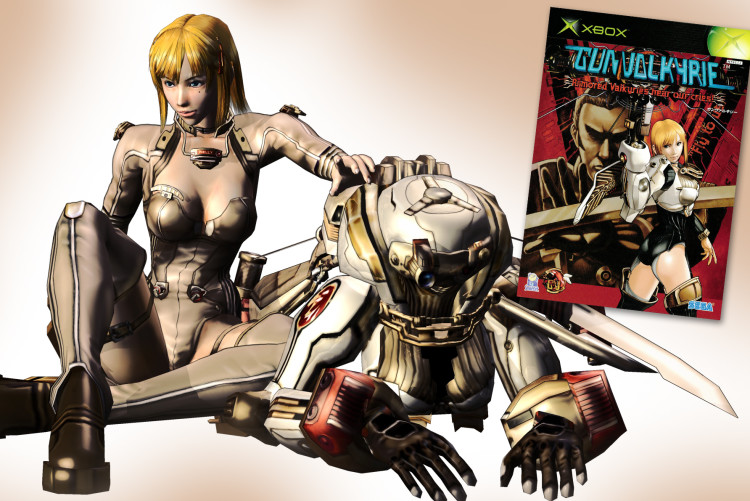 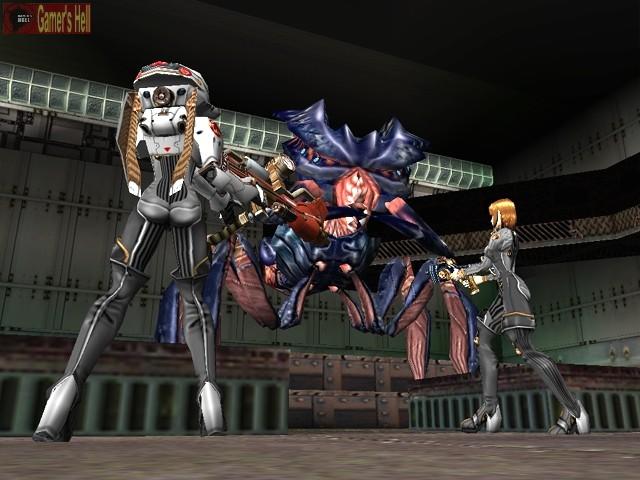 Gunvalkyrie in an early state of development

Gunvalkyrie is a Smilebit title few talk about, but the reasons for the game being neglected are understandable. Unlike Jet Set Radio Future and Panzer Dragoon Orta, Gunvalkyrie cannot be played on the Xbox 360 via backwards compatibility and it remains an Xbox exclusive, meaning no PC or PS2 ports. Also, unlike Smilebit’s other Xbox titles, it was a brand new franchise and I’m certain the Xbox’s dire performance in Japan did not help either. Reviews, however, cannot be to blame as at the time gaming publications praised Gunvalkyrie for solid controls and impressive graphics. Play Magazine went so far as to say “This is one of those rare games that is so great, on so many levels, that you get butterflies in your stomach just thinking about it”. 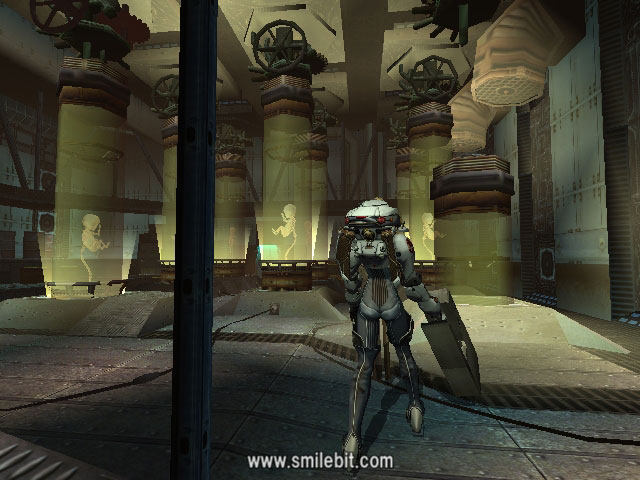 So what is Gunvalkyrie all about? Story and design-wise, the game very much resembles a steampunk take on Panzer Dragoon with dashes of Jet Set Radio Future, featuring what Smilebit referred to as an “elec-punk” art style (part steampunk, part electric). The game takes place in an alternate 1906 where the British Empire rules the Earth and maintains several off world colonies. The reason for this leap forward in technology and the British Empire’s rule is thanks to Halley’s Comet which crash landed on Earth in 1835, offering humans a new energy source and giving select humans the gift of superhuman abilities – dubbed “Halley’s Chosen”. Players assume the roles of Kelly and Saburouta, members of an elite military force within the GunValkyrie (GV) Organization which is ran by the mysterious Dr. Hebble Gate who was the first of “Halley’s Chosen”.

The game kicks off in a time of turmoil, when Gate mysteriously disappears. At the same time as Gate’s absence, residents of the Tir na Nog colony have gone missing and large insect-like alien creatures have overrun the area. While it would seem the colonists were killed by this invading alien force, it is also possible that these creatures are in fact the colonists themselves who were genetically mutated by Gate! To make matters worse (and weirder) Gate’s only daughter is found to be only a head on a life support system developed by her father who disappeared with her body. Where did Gate run off to with his daughter’s body and why is he mutating his own people into monsters? To tell you that would spoil the game, but it does very much sound like The House of the Dead in space what with the hordes of mutants and mysterious mad doctor with an ailing child.

The above trailer was thought to be early Dreamcast footage, but many fans argue that it is actually a later Pentium 4 tech demo of the game

Like many early third party era SEGA games, Gunvalkyrie was initially being developed on the SEGA Dreamcast. it is important to note, however, that while several early screens and videos of Gunvalkyrie exist, few are actually of the game running on SEGA’s console. Rather, these early peeks at the game are from a PC tech demo which is a slightly upgraded version of the Dreamcast release from before the Xbox version was made public. As such, many of these materials are incorrectly labeled as being either early Dreamcast footage or early Xbox footage. In an interview with Takayuki Kawagoe, Smilebit’s Assistant President, the reason for the team’s switch to the Xbox was revealed:

When Sega became a third-party developer, why did you choose to develop for Xbox over other consoles?
Kawagoe: The first reason to develop this title on Xbox was the fact that GunValkyrie was originally developed for Dreamcast adopting WinCE, which made the whole switching process easier. It was also because Smilebit has been developing PC software, therefore we are very familiar with DirectX, and because Microsoft was the very first to approach us among the platform holders.

Outside of the art style and graphics, the most unique aspect of Gunvalkyrie was the dual analog control scheme. Early on in the game’s development, in its Dreamcast state, Smilebit was toying with a duel controller and light gun control layout with the left hand controlling the player’s movements and the right hand on the light gun acting as a way to look at the surroundings and target and shoot enemies. Once the switch was made to the Xbox, the team dropped the light gun and embraced the controller’s dual analog sticks – reassigning the target and looking around function of the light gun to the right analog stick. Smilebit also utilized the Xbox controller’s ability to press the analog sticks like buttons, allowing players to make directional boosts with the left stick and to make quick reversals of direction with the right stick. Actions were assigned to the triggers rather than the ABXY buttons, with the left trigger allowing for rocket boosts and hovering (similar to the Saturn’s Burning Rangers) and the right trigger fired the weapon – no doubt a carry over from the original light gun control scheme. Selections and weapon changes were assigned to the ABXY buttons, making Gunvalkyrie almost entirely a thumbstick and trigger controlled game. 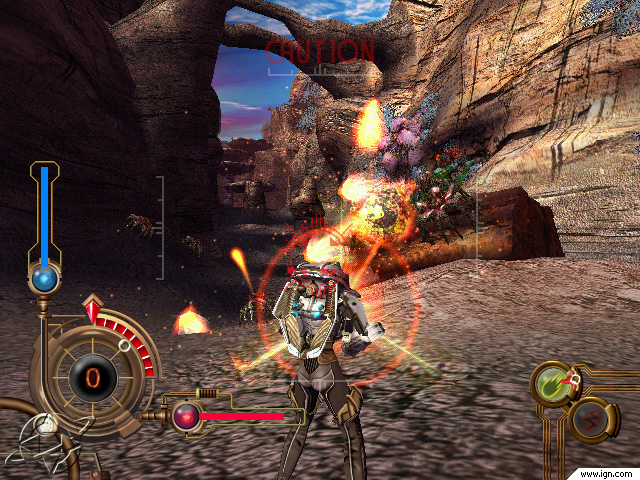 Level progression in Gunvalkyrie is surprisingly basic for a Smilebit game, as stages are selected by simple menu system with additional stages and missions unlocking as the player progresses. Mission objectives are also quite simple (simple in description, execution of a mission is a very different thing), with tasks varying from players going from point A to point B, destroying all enemies, or collecting or destroying something and returning to the start point of a stage. Some may dislike such basic game progression, but given the game’s unique and complex control scheme its a nice balance. Between stages, players may upgrade their weapons and suits as well as assign special items which recover fuel and health during gameplay. Weapons range from machine gun-like blasters to cannons, and players are also equipped with a Plasma Hook which allows grappling to hard to reach places and serves as an effective weapon on some enemies. Perhaps the coolest attack is the GV Napalm in which players click both thumbsticks to vent a toxic cloud to damage nearby enemies – of course, this is at the cost of fuel so it needs to be used sparingly. 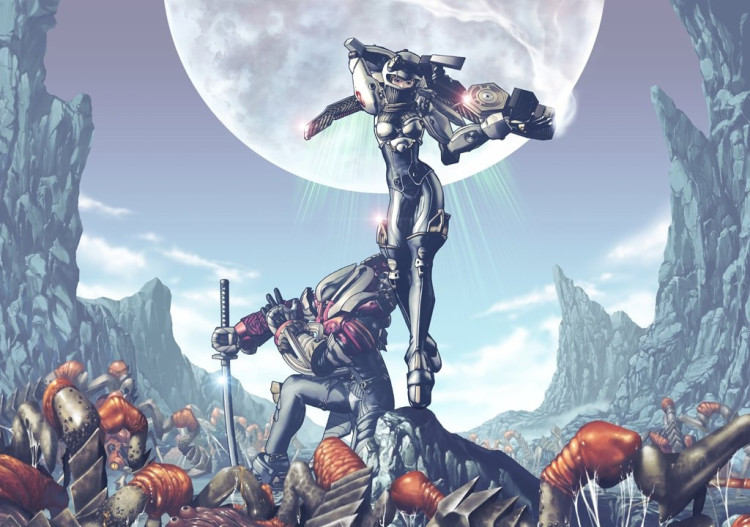 Despite strong reviews, unique controls and a great aesthetic, Gunvalkyrie was not a success for SEGA. Since the release, the franchise has seen nothing by way of a rerelease, sequel, or even a reference in later SEGA games and media. I’m not even sure merchandise existed. While not the most accessible SEGA game, Gunvalkyrie is a must own for anybody with a working original Xbox and in my opinion is a reason for any SEGA fan to seek out and own an original Xbox. SEGA may never rerelease the game to PC or next gen consoles, but at least the game survived SEGA’s rocky transition to third party and found a home on the Xbox. As of the posting of this article, Gunvalkyrie can be found online complete in box for between $5 and $15, which is a real bargain! Do yourself and Smilebit’s forgotten classic a favor and buy Gunvalkyrie. You can thank me later.

Do you have memories of this forgotten SEGA classic? Share your thoughts in the comments section or in our dedicated forum topic!