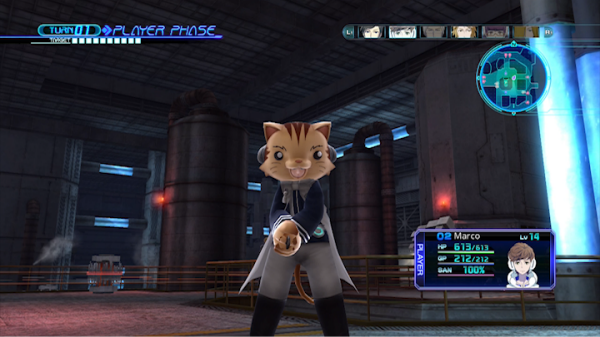 Nine costumes are planned, including:

The PlayStation Network avatars represent the 11 heroes and heroines of the game, as well as the game’s villain, The End.

The three additional quests add an extra mission to each floor. They don’t provide much in the way of EXP or EN (Energy, which is used as money in-game), but if you successfully complete each with an S-Rank rating, you’ll be rewarded with a specialized item or individual character bonuses.

The following quests are planned:

The add-on map pack, “The Beginning of The End,” is a separate story that takes places in an entirely different location. It features a total of five missions, explores the creation of the game’s central pillar, and goes into the history of its 11 heroes and heroines.

[Via: Gematsu and Siliconera]

Atlus bringing Lost Dimension to Playstation 3 and Vita this Summer