SEGA has just had a soft launch for Puzzle & Glory which is being developed by newly acquired Demiurge Studios (Marvel Puzzle Quest). The game should be available to Canadian users on both the Play Store and iTunes right now. Puzzle & Glory is a Match-3 RPG puzzle game that has been popularized by Puzzle & Dragons (wow, see the similar titles?).

The game has you going through dungeons as you explore, conquer quests and traverse the dangerous landscapes of Aetria. The game even has competitive PVP mode if you’re into that. If you want to try the game out and you’re on Apple devices you can always make a Canadian iTunes account to try it. As for Android users, we have to wait until the APK pops up on the internet. 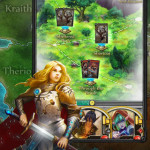 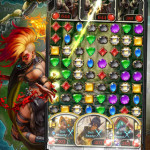 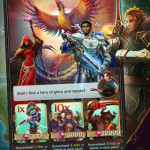 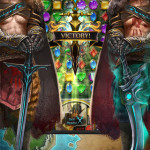 PUZZLE & GLORY is the most advanced match-3 RPG on mobile. From SEGA. By Demiurge Studios, developer of Marvel Puzzle Quest and Shoot Many Robots.

Lead your team of legendary heroes through epic dungeons as you explore, quest, and traverse uncharted lands of Aetria. Defeat fearsome enemies in intense tactical combat. Join a guild with friends and allies to compete for rare rewards.

EPIC ADVENTURES UNFOLD EVERY DAY
– Quest through daily and weekly dungeons
– Uncover an heroic saga filled with deadly enemies, treacherous boss battles, and epic treasure
– Choose your own quests – no two adventures play the same way
– Create a guild and adventure with friends as you conquer dangerous quests to earn epic rewards

DEEP & DYNAMIC MATCH-3 COMBAT
– Master turn-based puzzle combat where every swap of a gem leads to epic victory or bitter defeat
– Unleash magical attacks, healing spells, and fatal blows
– Anticipate your enemy’s strategy and turn their folly to your advantage

ASSEMBLE A LEGENDARY TEAM OF HEROES
– Collect Dragons, Knights, Hunters, Elves, and epic fantasy heroes
– Strategically assemble your team; every hero plays a unique role in battle
– Level up heroes to improve their stats and strengthen your team