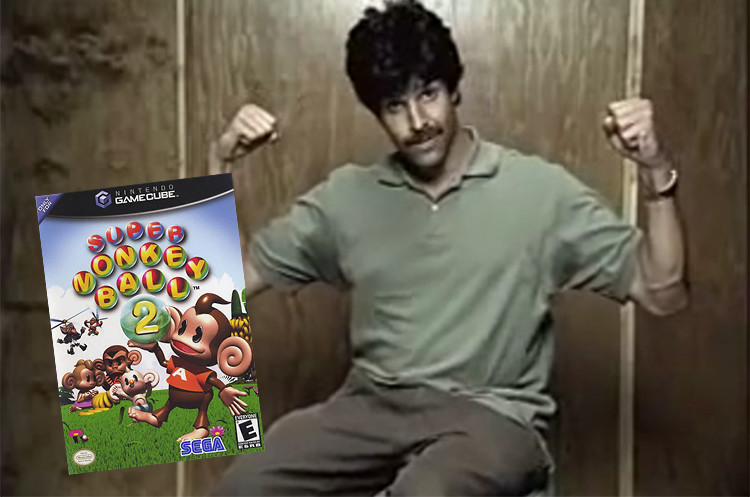 Nowadays I consider Amusement Vision’s Super Monkey Ball games as some of SEGA’s best titles in the early third party era. There is just something so incredibly infectious about the bright and cheery plasticine world of Super Monkey Ball, and the gameplay is so simple yet so unique it’s amazing that it took until 2001 for such a game to be made. To promote the games in America, SEGA took that childlike excitement and put it into the bodies of adults for a series of TV commercials. This resulted in a bizarre yet funny campaign of child voiced grownups who are incredibly excited having played Super Monkey Ball 2. I would not be surprised if these are actual reactions from kids who just played the game, an element that really lends a bit of realism to an otherwise unbelievable commercial.

This really is a great campaign that ticks all the boxes for me: unique and attention grabbing concept, a good amount of gameplay footage, a bit of explanation of how the game is played, and a “SEGA!” to cap it off.

Check out some additional spots from the campaign below:

One response to “Classic SEGA Ads: Super Monkey Ball 2 is like a party but better than a party!”