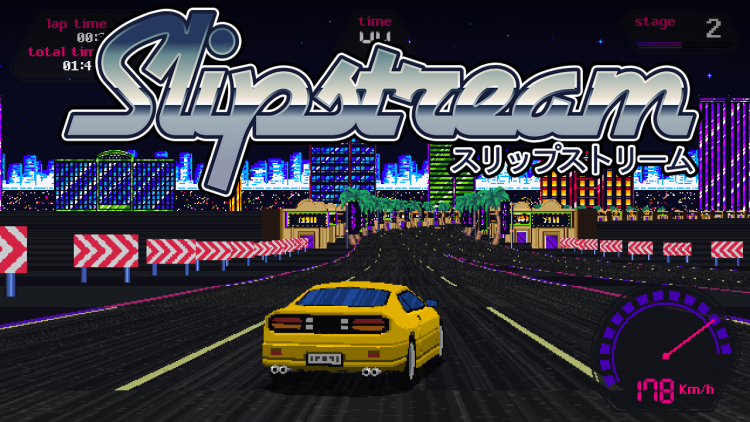 We’re always ones for a good SEGA-inspired Kickstarter here at Bits, and it’s that time again; with Noctet Studio’s Slipstream being the latest object of our affections.

We’ve covered a few SEGA-themed racers such as Drift Stage and The 90’s Arcade Racer in the past, but rest assured; Slipstream is aiming for something very different to those games. It’s more focused on being a pure driving game than just a racing game, a la OutRun. And it’s not just in gameplay either; Slipstream makes clever use of sprite-scaling to deliver an authentic look that’ll be plenty familiar to fans of the 80’s and 90’s heydays for SEGA driving titles such as Rad Mobile, and the aforementioned OutRun, all on a custom engine at a smooth 60fps. The influences even stretch beyond the racing classics of SEGA’s past; because we can’t not look at that Casino district and see Casino Night from Sonic the Hedgehog 2! 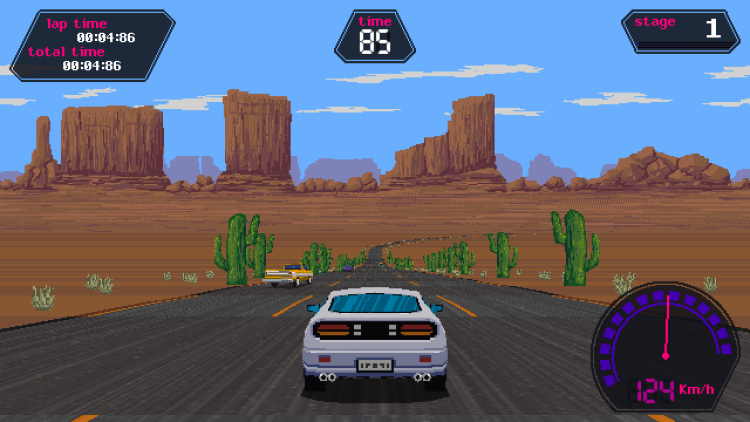 Even moreso, there’s plans for more than just an arcade driving experience, with a fully illustrated visual-novel style story mode planned, incorporating pursuit challenges, escape missions, and more. Other modes planned include a “custom” mode where you can have everything toggled to your driving preference, and a classic racing mode with the general aim of placing 1st against rival cars. Did we mention the kickin’ soundtrack? Because it’s got one of those too!

Even better, the game even has a demo available, so you can try before you put forward your money; and it’s an incredibly promising presentation for just a demo! The game’s still got some time left to meet it’s $6000 goal, so get going!

You can click here to go to the Kickstarter, where there’s plenty of extra information. What’s more, the demo for the game is also available here. 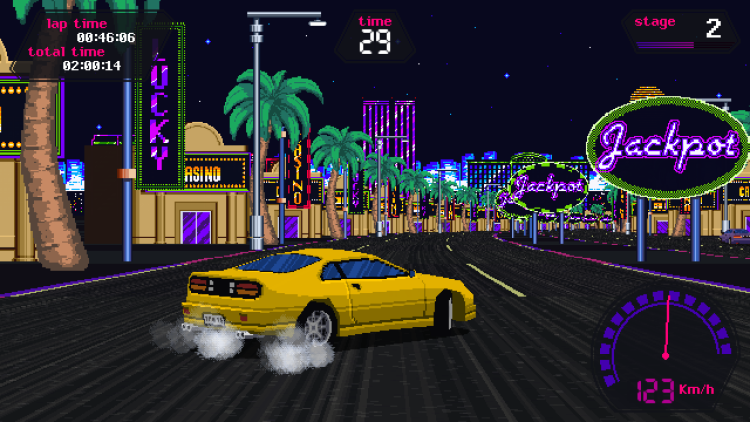