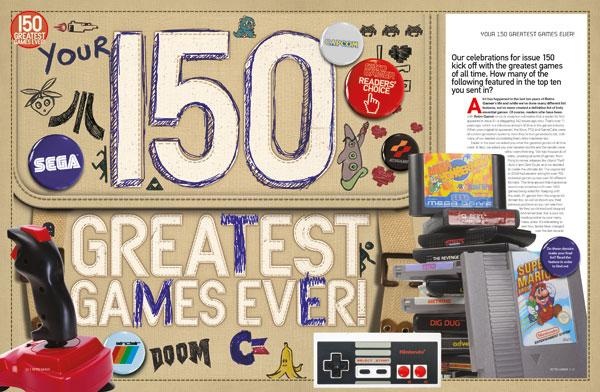 The latest issue of the UK classic gaming magazine Retro Gamer is celebrating its 150th issue in a big way by counting down the 150 Greatest Games Ever as selected by readers. What’s so cool about the issue is that for many of the entries, they turned to those in the fan community to wax nostalgic on the greatest games. Seeing as Retro Gamer‘s readers have taste and didn’t completely avoid SEGA like another publication out there, several classics from the developer have made the cut. Just some include 1986’s OutRun with a piece written by Sumo Digital’s Steve Lycett, Shenmue with thoughts from the Shenmue Dojo webmaster, and (as stated in our headline) a write-up on Sonic the Hedgehog 2 by Sonic Retro’s very own webmaster Scarred Sun.

Seeing as the magazine is out there for sale right now both physically and digitally, I’m not going to spoil the surprise of the game’s placement or what was said, so you’ll just have to find out for yourself.