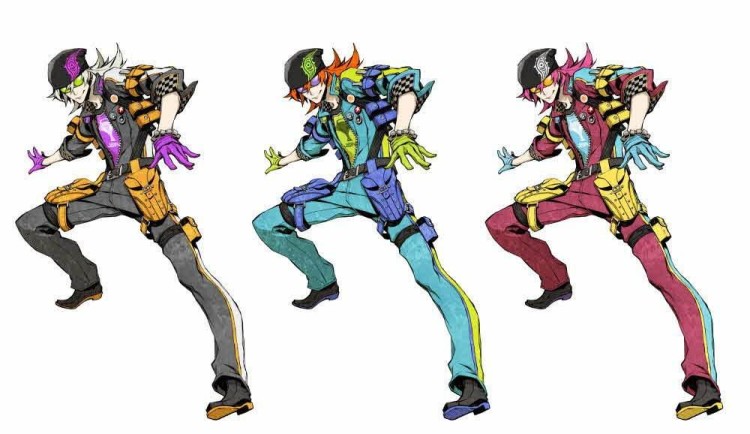 SEGA’s upcoming Nintendo 3DS game 7th Dragon III Code: VFD will launch this summer, launch copies of the game will come with an art book. It seems fans paid close attention to the character art that has been release as a Siliconera reader has pointed out that the male Agent Class in the game has a Jet Set Radio Future themed shirt. Look closely, you see it? Its the Jet Soul symbol!

Miwa Shirow, the character designer for 7th Dragon III Code: VFD is a huge fan of SEGA’s Jet Set Radio franchise and has stated that the goal of the Agent Class is to be “street-wise youth” type of design. The Male Agent’s internal name is actually “Jet” as well, if you needed more to tie it to Jet Set Radio.

That isn’t the only reference to a classic SEGA franchise, if you look at the buttons on his chest there is a symbol from Cyber Troopers Virtual-On Oratori Tangram. Pretty neat stuff.  7th Dragon III Code: VFD hits American store shelves this summer, pre-order it and secure your launch day edition art book!