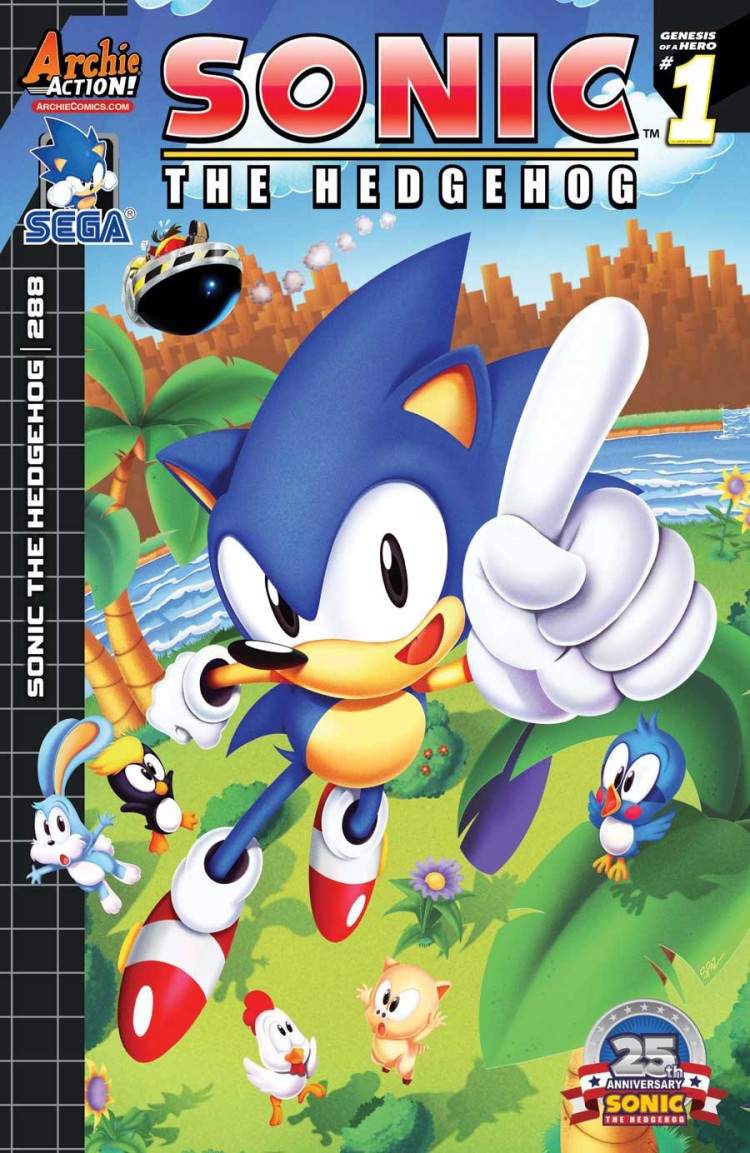 Over the past few days, the Archie Comics Twitter account has been revealing pieces of a cover for an upcoming issue of Sonic the Hedgehog which features the 25th anniversary logo and classic Sonic doing his iconic Sonic the Hedgehog ending pose. Archie, knowing fans were most interested in the issue number and the name of the arc, kept those two details hidden until the final reveals. But now we have confirmation that following the completion of the “Panic in the Sky” arc, which is the conclusion of the larger Shattered World storyline, Archie will be jumping way back to the origins of Sonic the Hedgehog with issue 288 in the arc titled “Genesis of a Hero”. 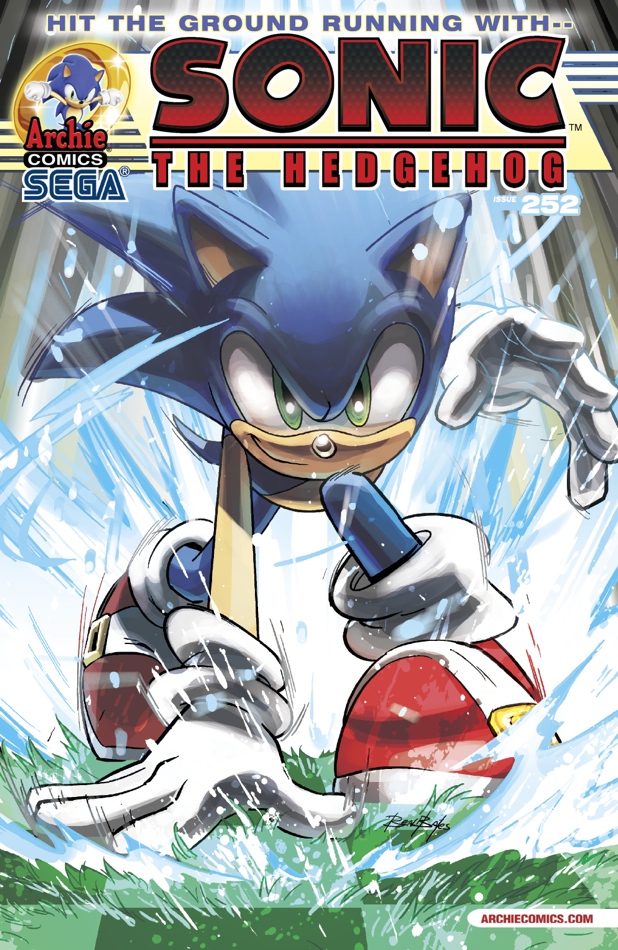 Not every event from the old continuity’s history carried over to the reboot, so part of the fun in reading issues 252 onwards was learning what games served as the backstory and what pre-reboot events remained. Interestingly, up until recently the classic designs of characters were off limits, with characters like classic Eggman being seen in the shadows or obscured when flashbacks occurred. This all changed in February of 2016 when Archie revealed that they had a special one shot titled “Sonic: Mega Drive” planned. The story was said to take place after the events of Sonic the Hedgehog 3 & Knuckles and was to only feature characters from the video games. Fans were curious if this special was to exist in a separate video game universe continuity, and this was seemingly the case, however Archie then hinted that the story would connect to the ongoing series in some way. Since then, a follow-up one shot titled “Sonic: Mega Drive – The Next Level” was announced and will continue the story and throw Metal Sonic into the mix.

Begin speculation: SEGA has lifted the ban on classic Sonic and friends (and enemies) appearing in the comics and Archie is playing with the idea of making “Sonic: Mega Drive” an ongoing series. The main series arc “Genesis of a Hero” might serve as a bridge between the video game character-only exploits of “Sonic: Mega Drive” and the ongoing series, giving classic Sonic his own stories that cater to video game fans and Modern (Archie Reboot) Sonic his own stories that cater to all fans including those of the comics. Another possibility is that “Genesis of a Hero” will serve as an adaptation of the Genesis trilogy. Archie has done this before, with “Sonic Genesis” for the 20th anniversary, however this was a brief trip to an alternate reality where the Saturday morning characters joined Sonic in an adaptation of the first two Genesis games before snapping back to the old comics continuity. SEGA has already shown that they are not holding back any longer on using classic Sonic, as seen in the 25th Anniversary logo and the tons of merchandise incoming. Could SEGA be on the verge of making classic Sonic a branch just as Sonic Boom is a branch off of the franchise? No doubt classic Sonic merch, including comics, would sell very well – far better than Sonic Boom. End speculation.