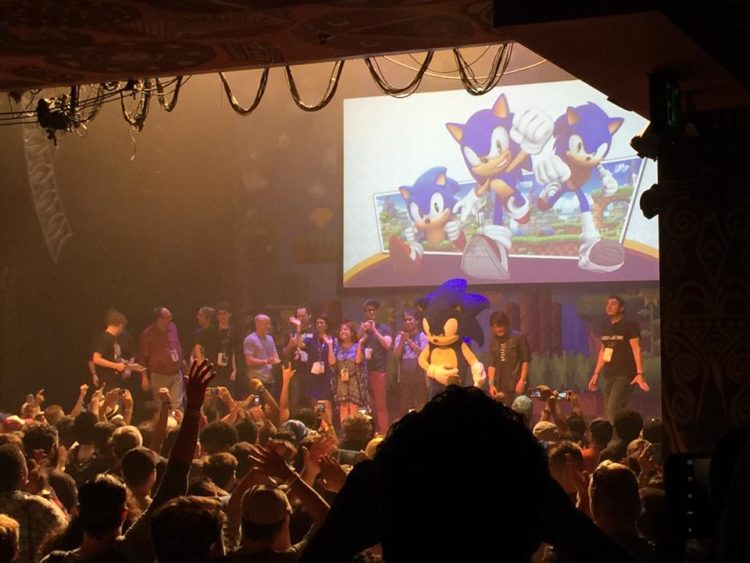 Flash forward to July. Sonic Retro’s own David the Lurker was given the official unofficial go-ahead to name the island in Sonic 4 (and by extension, the island containing Sonic CD‘s Never Lake). The reasoning? No name was ever given, and it is likely SEGA will never revisit the Sonic 4 games (this is our speculation, not official word from SEGA), so we might as well name it now and stop asking SEGA about it. The only part I played was drawing up the certificate and finding a moment during Sonic the Hedgehog’s 25th Anniversary Party in which David, Aaron and myself were assembled to reveal the name and sign the certificate. David is the real star here. Following the event, when Aaron was outside the San Diego House of Blues talking to a crowd of fans, we managed to catch his attention for a minute to get him to sign the certificate. There will never be paintings of “The Signing of the Sonic 4 Island Name Certificate”, but if there was you’d probably see a slightly confused Aaron, David explaining what was happening, and Barry trying to find a flat surface to write the Island’s name down.

So let’s get to the name! With David being the creative guy that he is, he didn’t want to just say the name, he wanted a bit of back story. So without further ado, here is the story of the island from Sonic 4 Episodes I & II and the intro animation to Sonic CD:

In a time long since forgotten, two small islands coexisted in harmony. Be’en, known for its rolling hills, and Kalow, an atoll of pristine lakes. The isle of Be’en had been slowly drifting towards its sister island, and so the two tribes strived to unite just as their land was.

One day, a small satellite appeared over the sky of Kalow, whom the locals took as a sign of the gods blessing them. Those of Be’en took great offense, saying they were both blessed. The unity that was to be their combined world instead became that of turmoil, what had been promised vanishing in an instant.

Thinking that their blessings would become evident if they made it to the mysterious land above, both peoples plotted to somehow make it up there. As the war raged, they made it to the surface, and discovered the secret this little planet held: the Time Stones.

Learning that these gems were able to control time itself, the warring tribes desires became dark. Seeking to slip into the past, they thought the best way to win was to stop the war from happening at all, erasing their enemies. When the stones made it to Earth and were used, the battle of a thousand years happened in but three seconds. The two civilizations thrived, died, and blinked into almost nothing.

With only the faintest hint that anyone once lived upon the land, the gods took back the Time Stones, making sure they were safe. As Be’en finally merged with Kalow, the Never Lake shimmered as the Little Planet disappeared back into the mysterious space it came from.

The names of the two tribes faded, and those who would later settle the whole of the isle would rename its rolling hills. Sensing in the air that something else once thrived there, the whispers of a forgotten past and a destined future inspired them to call their home Mirage Island. 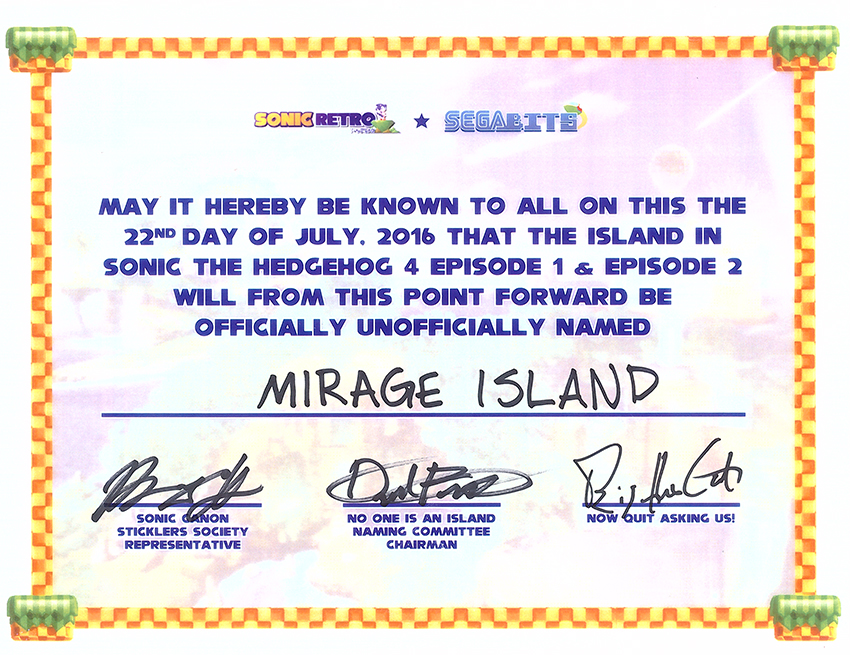 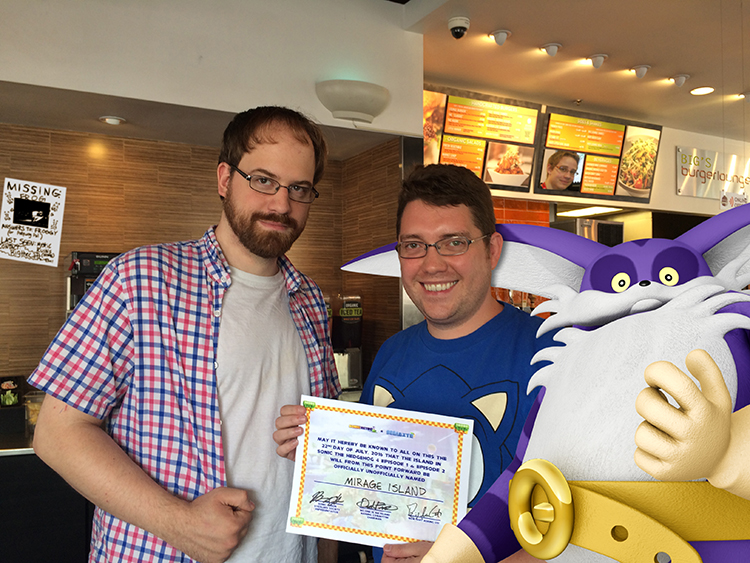 [Note: Aaron Webber identifies as Big the Cat, and we don’t blame him.]