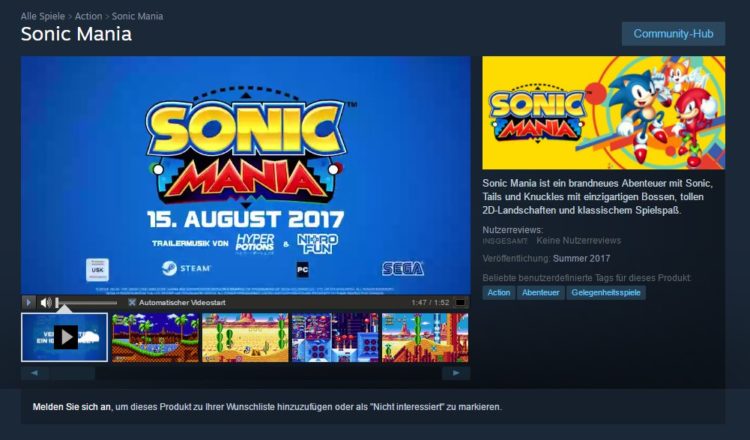 According to several Steam users in select parts of the world, a revised Sonic Mania trailer has appeared listing August 15 as the game’s release date. While the US store has not shown anything new, the European and some South American Steam Stores show the date. The date would mean we have two and a half months to wait before the game releases, and it also means the game would not make the end of Sonic’s 25th anniversary on June 23. We’ll share more as he hear it!