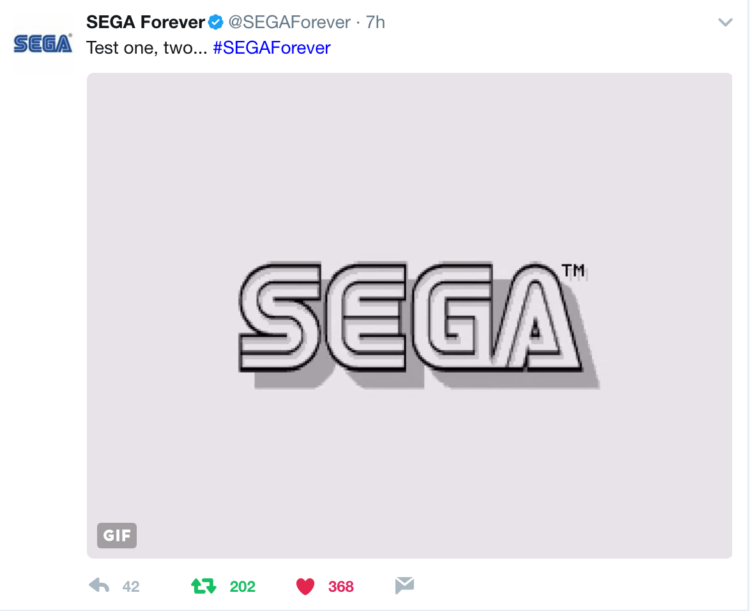 Last week George and I discussed what SEGA Forever possibly could be based on an iOS release of Comix Zone in the Philippines. Now, the social accounts for SEGA Forever (created back in November 2016) have become active and are teasing what we guessed SEGA Forever could be. The Twitter account teases the title screen to Comix Zone, while the Facebook account shows art from the same game. 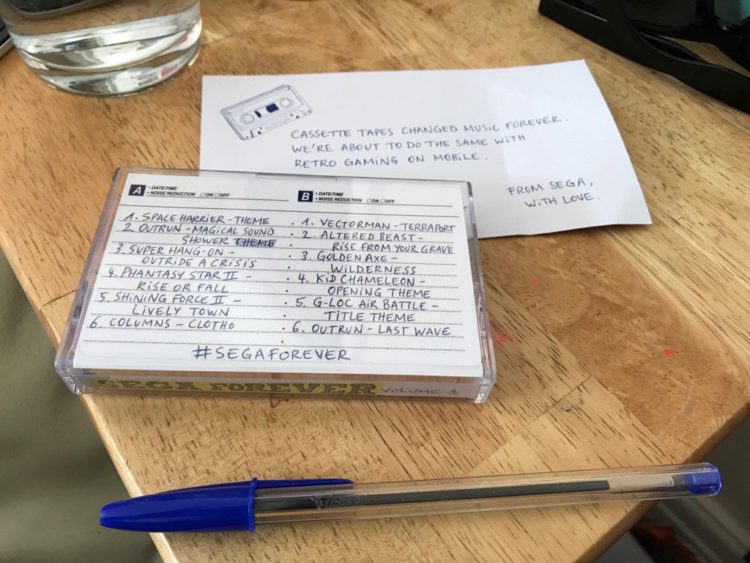 On Twitter, some European folks in the gaming community have received audio cassette tapes from SEGA with the tapes containing SEGA arcade and Mega Drive/Genesis tracks from games that include Space Harrier, Super Hang-On, Phantasy Star II, Shining Force II, Columns, Vectorman, Altered Beast, Golden Axe, Kid Chameleon, G-LOC and OutRun. Also included is a note which reads “Cassette tapes changed music forever. We’re about to do the same with retro gaming on mobile. From SEGA, With Love.”

Combined with the previously known information, this pretty much confirms that SEGA Forever is a SEGA Networks program dedicated to bringing SEGA arcade and Mega Drive/Genesis games to mobile platforms. There is no mention of a subscription service, so it is possible that SEGA Forever is more of a brand for the collection much like SEGA 3D Classics and SEGA Heritage. Crazy Taxi has already been updated to include a new SEGA intro and a free to play with ads option, which is likely to apply to the upcoming Comix Zone for iOS and others. It is possible that existing SEGA ports, including arcade titles like Crazy Taxi, will be folded into the lineup. Classic SEGA games are not new to mobile, with SEGA releasing ports of Mega Drive/Genesis games as early as 2008. However, in 2015 several of these games – including SEGA Forever titles Golden Axe, Phantasy Star II and others – were pulled from the store. SEGA Forever appears to be a reboot of the program. Let’s hope the emulation is improved.

We expect to have a full reveal of SEGA Forever late this week or early next week, so stay tuned!