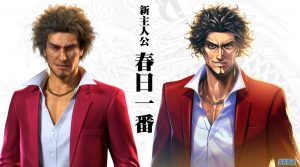 2 responses to “Yakuza Online announced for Smartphones and PC”