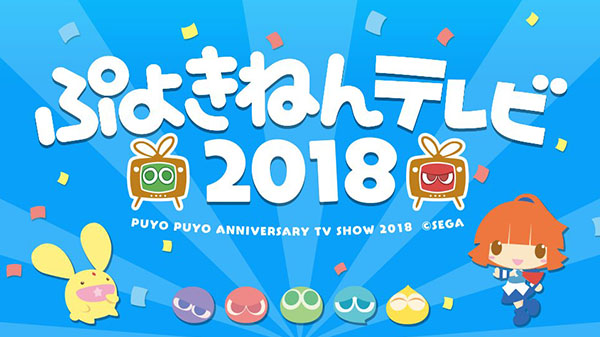 You can catch the Puyo Puyo Anniversary TV show at the following streaming sites:

The following quote is from the description on these streaming sites: “There will be lots of pleasant news regarding the Puyo Puyo series. Please be sure to watch this must-see program for Puyo Puyo fans.” The broadcast is set to include MC Hisayoshi Suganuma, Mie Sonozaki (Arle, Nadja and Klug), Kaoru Sakura (Witch & Sylph) and Honoka Inoue (Ally and Fei).  SEGA staffers Mizuki Hosoyamada (Puyo Puyo series manager) and Skeleton Harigane (Puyo Puyo Quest admin planner) will also join the stream.  I guess we shall see what happens during the broadcast, but what do you want to see out of this live stream?