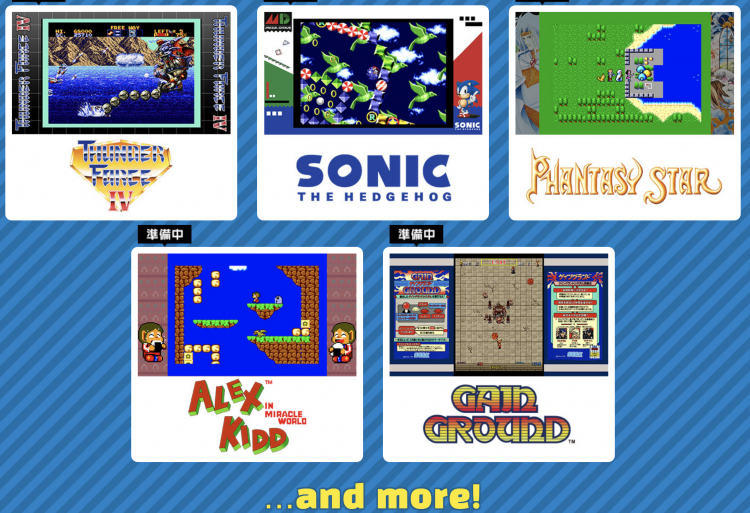 We learned of SEGA AGES, the new M2 retro SEGA game porting project for Nintendo Switch, on Friday night from the opening presentation at SEGA FES. As the event went on, more details were revealed during the SEGA AGES panel. Twitter user @gosokkyu shared updates from the panel, which revealed new details. Sonic the Hedgehog will include the rare Mega-Play arcade version (an example of how the game differs is that the Mega-Play replaces all the extra life monitors). Thunder Force IV will include Styx Mode (the Thunder Force III ship from the Saturn port) and online leaderboards. Phantasy Star will have all the features from the PS2 SEGA AGES Collection version, including options like walk speed, difficulty settings, FM/PSG toggle and more.

Two more games were revealed: Alex Kidd in Miracle World and Gain Ground! Gain Ground will be the arcade version. You can visit the official SEGA AGES website and the collection will debut this summer for Nintendo Switch.