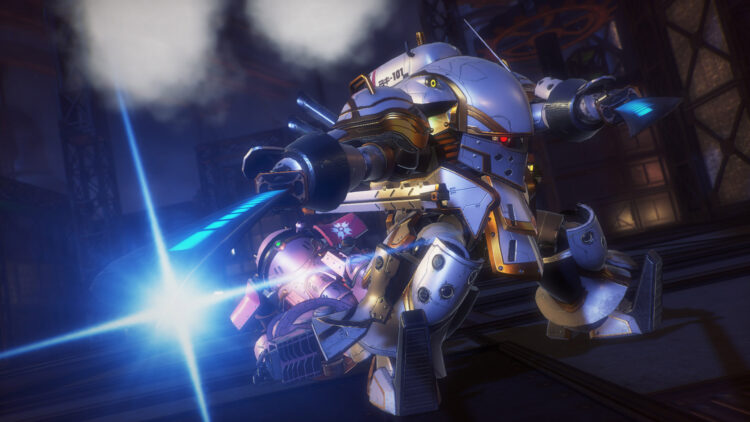 Sakura Wars has been a popular Japanese game franchise and media since the release of the original game in 1996 on the SEGA Saturn in Japan. It was known for its hybrid gameplay between dating simulation and turn-based tactical strategy. The franchise would later grow a cult following in the west through anime releases in the late nineties and the release of Sakura Wars: So Long My Love for Playstation 2 and Nintendo Wii by another publisher, NIS America. Since the release of So Long My Love, the franchise laid in dormant until SEGA made a surprising announcement in 2018 during SEGA Fes that a brand new entry to the series was in the works as a soft reboot and will be released worldwide.

With only 12 days to go with the release of Sakura Wars (2019) for Playstation 4, I’m going to share my hands-on experience of the game, courtesy of SEGA. Please note that this preview is the 1.0 version of the game before the Day One update with a full review coming to SEGAbits on April 27th. You can read my hands-on preview of Sakura Wars (2019) in full after the break!

It has the same charm as the original franchise

Sakura Wars (2019) takes place ten years after the Great Demon War that occurred in Tokyo. With the effort of the original Imperial Combat Revue along with Paris and New York, the original team was able to stop the war but at a cost. Years later, we are introduced to Seijuro Kamiyama, who had been transferred from the Imperial Navy to lead the new Imperial Combat Revue in Tokyo as captain under the command of Sumire Kanzaki (the previous heroine of the earlier Sakura Wars games). Not only Kamiyama has to lead a team of young women to defend Tokyo from demon attacks as their captain, but he must also honor the legacy of the Imperial Combat Revue by encouraging his group through hardships and win the Combat Revue World Games to earn funds for the Imperial Theater or risk having the group disbanded.

You take control of Kamiyama in Sakura Wars (2019)’s unique world with the objective to earn trust from your team members and the citizens of Tokyo through the franchise’s iconic gameplay mechanic, LIPS (Live Interactive Picture System). You will have to decide what you want to say to the characters. Depending on what you say and how you say it will determine how well your team member will perform on the battlefield and as a captain. From my hands-on preview of Sakura Wars, the game has a colorful cast of characters with their own unique personalities you will be able to interact with from the New Imperial Combat Revue such as Sakura Amaiyama, a novice stage performer who idolizes Sakura Shinguji, Hatshuo Shinonome, a shrine maiden with a badass attitude, Clarissa Snowflake, a bookworm from Luxembourg with spells, Azami Mochizuki, the ninja in the group, and Anatasia Palma, an experienced actress hailing from Greece. 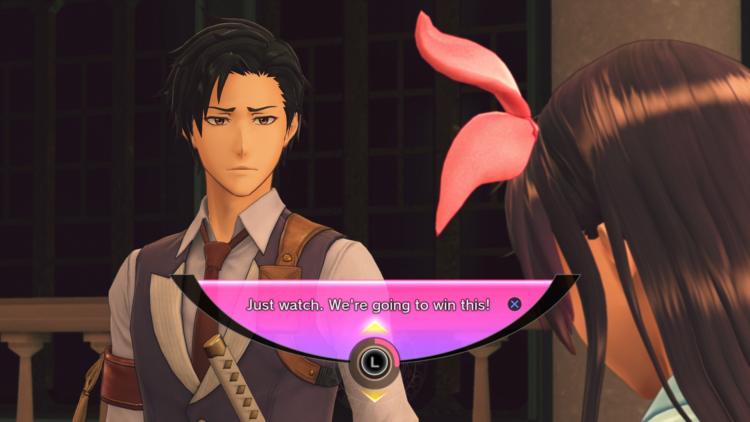 Unlike the original games which used a 2-D art style when interacting with characters, this soft reboot focuses more on 3-D interactive environment and voice narrative similar to the Yakuza games, and I must say that I am very impressed with how this game handles expressions and movement. During your first time meeting Claris as she reads a book, for example, you have a few choices to choose from during the LIPS sequence with specific outcomes to try to get her attention. I’ve done this multiple times, and my favorite would have to be when Kamiyama couldn’t control his perverted urges when he realizes how “cute” Claris was, only to be scolded by Sakura. The game also has you exploring around the Imperial Theater and Tokyo to complete more objectives to meet from other casts of characters and performing particular tasks. As you explore around Sakura Wars (2019)’s Adventure mode, you will experience a lot of impressive character development with the main cast as the story progress.

The background setting and the various character design models from the famous artists in Japan transition from 2D to 3D looks amazing and illustrated beautifully in 3-D with the use of Sonic the Hedgehog series, Hedgehog Engine 2. Not only that, the game features 3D cutscenes, but animated cut scenes will also pop in-between gameplay and cut-outs after each completed chapter as if you are watching an actual anime. As for the soundtrack, Kohei Tanaka, known for his work on musical scores on the anime television shows such as One Piece, returns to compose music for Sakura Wars (2019). Each tone of the soundtrack he produces fits the mood during certain situations in cutscenes and character introductions. Let’s not forget that iconic theme song (updated and revamped), which is heard by watching the opening of the game before it starts.

New Experiences in the Flow of Combat

After completing a portion of a chapter, you will be entering the battlefield with fighting mechs called Spiricle Strikers to defeat every demonic creature in your wake and progress to the next section of the battlefield. While the original games were focused on turned based tactical strategy, Sakura Wars (2019) takes notes on the hack and slash genre by giving players, for the first time, full control over the mechs. You are now able to perform unique combos, dodging enemy attacks, switching in between characters during battle. You can also build up your special attack meter from enemy droppings and purple crystals to unleash a devastating attack to destroy a wave of enemies in your surroundings, big and small.

Each character has unique stats and abilities of their own. Sakura, for example, can launch her enemies into an air combo and perform a homing sword slash around nearby enemies while someone like Claris can attack from a long-range with her libromancy spell projectiles and bringing the house down with aerial storm spell on multiple enemies. With enough trust you’ve earned from your team member after finishing a section in Adventure Mode, you can perform a combination attack that triggers a cutscene and powers up your attacks. Each battlefield area also includes platforming elements involving players to jump on moving platforms and performing wall dashing to pass through various obstacles.

While this is a significant change for the franchise, which was known for its turn-based tactical strategy gameplay and as someone who has played the original series, I think it was an excellent move to bring new audiences into the series for the first time. From my experience with the battle section, I enjoyed having full control of the mechs without limitations and attacking enemies left and right with attack-canceling techniques. So far this is all I have to say about my hands-on impressions on Sakura Wars (2019) so far, be sure to check out the full review on SEGAbits on April 27th. Sakura Wars will be available on Playstation 4 on April 28th with the launch edition available for pre-order.

3 responses to “Sakura Wars (2019) Hands-On Preview – A Dramatic Adventure at its best! (Playstation 4)”