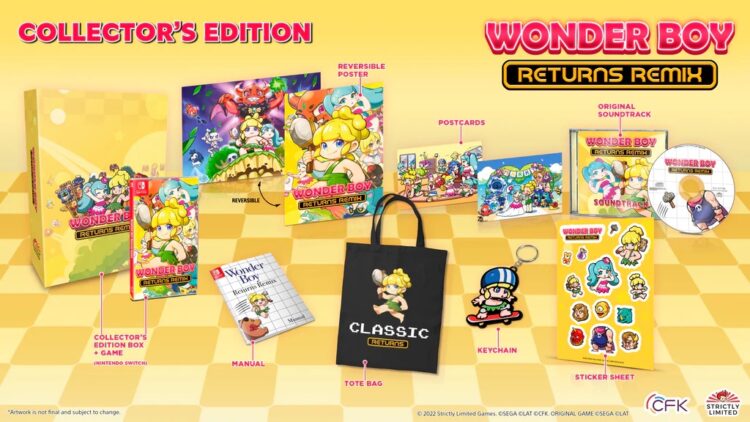 Despite appearing to be a new version with added content, Remix actually both adds new elements and omits elements of the original remake. Added to the game is a “charge shot”, level elements that are more true to the original game, and restructured difficulty modes. The game removes some level themes, enemies and bosses as a result of the changes, and oddly the original game was delisted from digital platforms and replaced with Remix.

For those who like their games physical, Wonder Boy Returns Remix will see a standard and collector’s edition release over at Strictly Limited Games with the limited runs going up for sale this weekend. The collector’s edition will sell for 54.99€ and be limited to 2,000 copies while the standard will sell for 29.99€ and be limited to 3,000. Physical releases of Wonder Boy Anniversary Collection and Wonder Boy: Asha in Monster World are also still available, should you be interested.