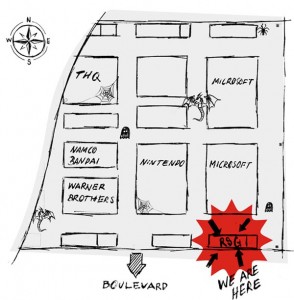 SEGA have confirmed that they will not be attending Gamescon this year due to commercial reasons but reiterated that this does not mean they will not appear in future Gamescon and that this decision is solely based on a decision regarding 2010. In a statement release via VG247, the publisher said;

“Sega has made the decision not to attend gamescom this year,” said the firm.

“Gamescom 2009 was a very successful show for us and continues to be the most important European event in the calendar. The decision not to show at this year’s event was not down to the location of Cologne and will not mean that Sega will never attend gamescom in the future, but simply a commercial decision made for 2010.”

GamesCon happens to be the largest Gaming trade show in the world in terms of attendence. SEGA skipping out on such a large event, in particular the fact that Europe has been it’s best region for video game sales will no doubt come as a surprise to many. Attention will now fall onto SEGA’s presence at the Tokyo Game Show.