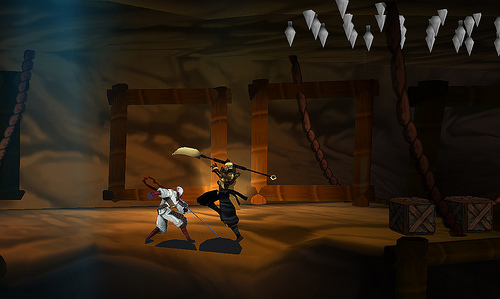 Glu Mobile is a mobile phone publisher known for putting out tons of licensed games for bigger publishers. They have done Call of Duty mobile games, Transformers and even Sonic the Hedgehog stuff. So it sort of makes sense that they are interested in Griptonite.

Griptonite Games is also known for doing licensed games on handhelds. This includes recent stuff like Captain America: Super Solider and Green Lantern: Rise of the Manhunters. Griptonite Games supposedly has 200 employees, meaning the buyout will double the employees over at Glu Mobile.

What will they do at Glu Mobile? They will be working on freemium games, which Glu is set to debut in the second fiscal quarter of 2012. What about Shinobi 3DS? I assume they will finish up the work that SEGA is paying for, but I don’t see them returning for a sequel.