Phantasy Star Online 2 fan, HardLight602 has created this masterful first person mod for PSO2, allowing the use of the Oculus Rift headset. Taking roughly 6 months to develop this is no simple script mod.

“Everything you see in the video is entirely the modded behaviour of the game up to and including the stereoscopic distortion rendering.” – Hardlight602

On top of that HardLight602 has enabled inverse character rigging which aligns your characters in-game body with your own. This enables many of the weapons to be aimed simply by looking- your characters aim will follow your gaze.

Hit the jump and learn more about the mod.

END_OF_DOCUMENT_TOKEN_TO_BE_REPLACED 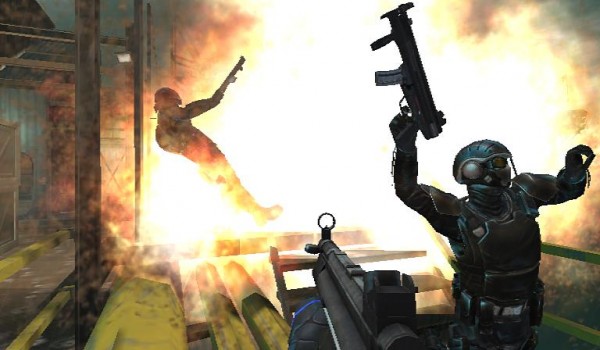 SEGA and High Voltage seem to be going over the top for their upcoming FPS game on the Wii. They have promised chatting before matches and during matches. So everyone can chat, SEGA will be bundling a headset with the game.

Also new, the game will have a ‘perk’ system like Modern Warfare 2, they will also be able to patch the game, have 30 suit upgrades, and 15 confirmed multiplayer maps. The team is thinking about DLC and even hinted at vehicles being used for some game types.